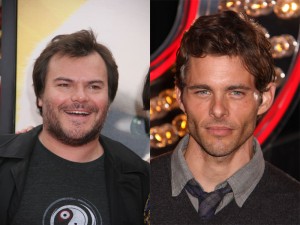 It is a 20-year high school reunion. Jack Black and James Marsden play old buddies who just unite again but their relationship goes an unexpected way since they have had such different paths in the last 20 years. What were Jack and James’ own reunion experiences like? And what was their kiss like? (Spoiler alert! Yes, they had a kissing scene!) And James tells us a cute story that he just experienced. 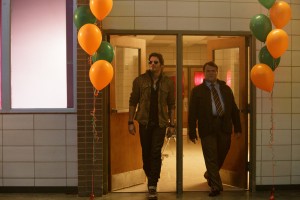 Q: Could you talk about your own experience with reunions?

James: You know, I’ve been able to miss my reunions. I wasn’t against going but I was out of town working or something so I didn’t go. I would have gone but the people I was friends with in high school, I still kind of keep in touch with, so it’s less of, “What’s so-and-so doing?” I haven’t been.

Jack: I went to my 20-year reunion and had a good time, but there was some anxiety, some of those old feelings that come rushing back and, suddenly, you’re a teenager again.

James: You went to high school here in L.A. Everyone takes care of themselves. I grew up in Oklahoma and 20 years later, some people look 70. [Laughs] It’s true. I mean, don’t print that. I’m sorry. I take that back. I can’t say the whole town is like that [laughs]. 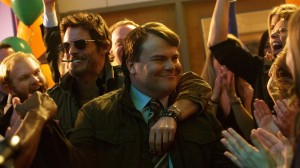 Q: How did you guys prepare for the intimate scene? Did you have a mint?

James: We had chewing tobacco and pepperoni for lunch.

Jack: We were very professional. I think we had some powerful mints. 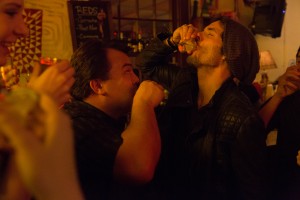 Q: What was your break-out moment, something that changed your career trajectory?

James: I did a date rape episode of Blossom.

Jack: Dude, you played some bad guys early on.

James: What wasn’t when I was starting out? I had two lines on the pilot of The Nanny. I mean, I did an episode of Saved by the Bell. It was like, just do anything that comes your way.

Jack: But were you blowing up? Was your phone mate, or whatever the phone machine was back then, were you getting a lot of messages? “Dude! Caught you on Blossom.”

James: No, no. I didn’t really get a lot of attention for that. But all my high school buddies would call: “I see you’re going to be on Party of Five. That’s cool.” I mean, any job as an actor was great when you’re young. 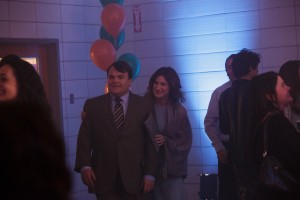 Jack: Well, the first one was the one that gave me the taste, I had a commercial when I was 13 years old, I think. So that was like 1983. That was for Atari. There was an Atari video game called Pitfall. Yeah. The kids at school saw me in that commercial which was my whole mission. So it was mission accomplished. They recognized me, and I was super famous and popular for about two days. Then, magically, it went back to the way it was before. Not so popular. Yeah, that was when I knew that I had to get more. It was just like a little taste of crack. 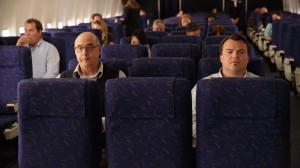 Q: In this film, Jack’s boss doesn’t accept technology. Do you have any family members like him?

Jack: Yeah, what’s the word? A luddite? Yeah, members of my family, that can’t deal with the technology.

James: I was in an airport a couple of days ago, and this older gentleman was so excited to get his first iPhone, you could tell it was his first. He had his glasses on, he was showing me that, and it was amazing. He goes, “Watch what I can do!” And you know how you can swipe from one page to the other? He licks his finger before he swipes the screen. What a sweetheart.

The D Train opens in theaters on May 8th.