LinkedIn is the key to getting into the film industry?! “Hot Pursuit” actress and producer Reese Witherspoon’s revelation! 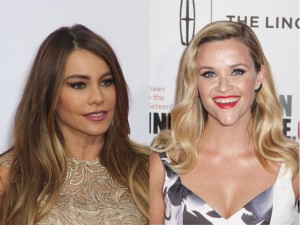 The film of women, by women, for women! Short and cute actress Reese Witherspoon has teamed up with tall and sexy actress Sofia Vergara in Hot Pursuit, which is a female buddy road trip movie. Yes, there are many laughs plus physical comedy, but great chemistry and friendship. Now an established film producer, Reese discusses females in the film industry and gives tips to get in. Also they talk about the importance of Latino audiences and Reese’s Spanish speaking in the movie. 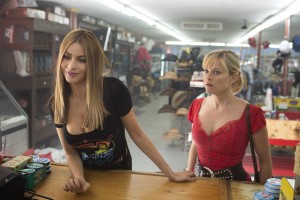 Q: As females in this industry, what are the key elements into becoming someone like you? What would you say to the younger generations that are trying to get into the industry?

Reese: I think the hardest part, first of all, is just to get your foot in the door if you’re a writer or a director. The most important thing is try everything you possibly can to just get started working because the more you have time on set and time learning what developing scripts and movies is like… that’s incumbent upon people like this. We, as women, it’s incumbent on us to hire interns and have people standing next to us, learning how to direct, learning how to write stories and develop them. That practical experience, that’s the best way to learn, I think. So I would say it’s important to get those opportunities and work hard. Be on LinkedIn. LinkedIn is an incredible opportunity. We hire people from LinkedIn. 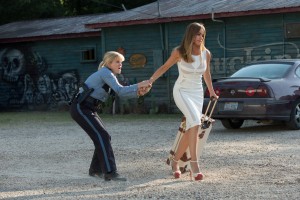 Q: This is a film of women, by women, for women. What does this mean for the industry that is mostly dominated by men?

Reese: I think one of the most important things, too, that women out there need to know is that you have to show up and buy tickets because if you want to see something different, you have to support the women who are writing and directing, and we need the people to actually come to movie theaters. The better this movie does, the more movies they’re going to make like it.

Sofia: More opportunities that are going to be for women to do stuff. 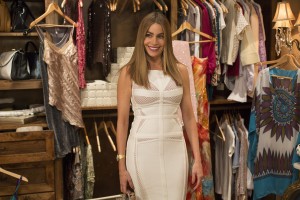 Q: For Sofia, how was Reese’s Spanish?

Sofia: Well, it was not very good. I mean, it’s obviously not her best work. That was actually one of my favorite scenes because she had to struggle a lot. I could see fear in her eyes. I could see anxiety sometimes, confusion, so it was great because that’s how I feel every single scene of my life, you know, looking for words and people doing faces even though they don’t want to, so I really enjoyed it. I tried not to help her that much because it was like a personal thing that I was experiencing that I really liked. So now when I saw the whole movie, I was like, oh my God! Now I understand also why people laugh so much at me. It’s hysterical to see somebody try to talk in a language and look confused and everything. 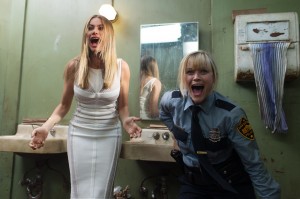 Q: This is the first time we’ve seen two females in a Caucasian and Hispanic role as the central characters in a Hollywood film. Can you talk about that and how Latinos are making more progress in Hollywood?

Sofia: You know what? It would have never occurred to me that I was going to be able to do a movie with somebody like her (Reese). It was amazing that she came to me. It was hard for her to reach me because she couldn’t find me. Her husband is my agent. 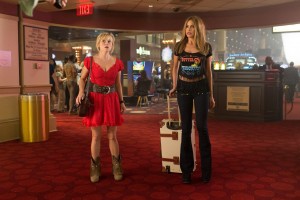 Reese: So I called my agent to find her and she goes, “What did you say?” Like, “Honey, we’ve got Sofia right now.”

Sofia: So he arranged a meeting between us to see if we wanted to do something. It’s amazing that somebody like her would have the vision to put us together. It’s such a big help to the Latin actors and actresses. Hopefully, this movie will do good and more studios, more producers, would think of adding us into movies, into television shows. I can’t complain because I had such good luck at getting jobs like Modern Family that has opened all the doors for me, but we still need more. We need more places where a Latin can do their thing, and people like Reese are helping.

Reese: Can I say one thing about that? To me, I was looking around about two or three years ago and reading all these articles in the LA Times, in The Hollywood Reporter, about Latin audiences showing up. There are 35% to 55% of the audiences looking then at movies and going, “But where are the Latin actors?” And also, movies that are reflective of our culture where some people speak Spanish but some people speak English, that’s the kind of life everybody is living every day, but we’re not seeing it reflected on screen. So I think it’s great. Hopefully with — cross our fingers — success of a film like this, there’ll be more thought about that kind of opportunity to showcase what real life looks like.

Hot Pursuit opens in theaters on May 8th.