Is “The Edge of Seventeen” star, Kyra Sedgwick really calling it quits on acting? 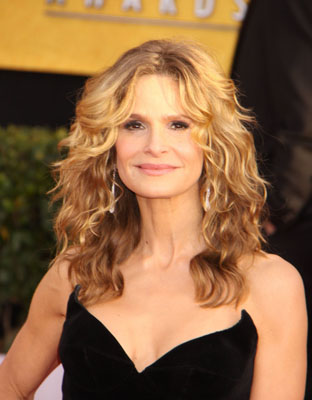 Actress, wife and mother, Kyra Sedgewick brings all of her titles to the table for The Edge of Seventeen where she also plays the widowed mother of a teenage daughter. Afterwards, she will add one more as she embarks on a new project where she is sitting in the director seat.

We chat with Kyra shares why motherhood is one of the hardest job in the world and how she related to her character in the film? She lets us in on a secret great news about that directorial debut. 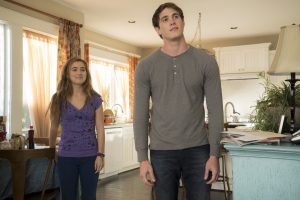 Q: Do you relate to your character in the film?

First of all, the script is so beautifully written that all the characters are utterly authentic and real. I have such pathos for mothers. It’s just such a hard job. Having done it for a very long time when I was just a child myself – it’s really hard. I’m so grateful that my mother told me, when I had a baby, that there are going to be times when you throw the baby out the window. Literally, she said that to me. But the beautiful thing about her saying that was that she gave me room to actually have those feelings without doing it. 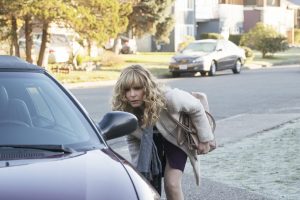 Q: You have been acting a long time, do you ever still have moments where still you feel insecure about your acting ?

Yeah. Oh yeah. Actually, I just directed my first movie and I did not have many moments of insecurity at all whereas I am tortured by insecurity as an actor.

I don’t know! But it’s terrible! I’m over it! I’m done acting! This is my last movie! You will not see me in anything else [laughs]. 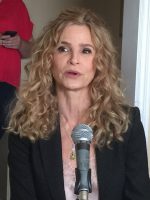 No, not really. But I’m telling you, directing was such a revelation of happiness and joy and not giving myself a hard time that I feel like, “Wow, life could be like that?” I could actually be in a profession where I don’t constantly doubt my own talent? I know I’m good. I know I can deliver but the torture that gets me there is – wow, life is short you know?

It’s perfectionism for me. Plenty of people are happy with my performance but they don’t know really that this is what it should have been, or whatever. Having said all that, I love acting and I also often look at the finished product and go, “I’m proud of that work.” I absolutely look at this finished product and go “all my work is there, it’s very much honored and it’s really good. I did excellent service to that character.” That’s what I do as an actor.

But I think the biggest revelation was this idea that like that I had this abundance of confidence but also faith and trust that the day was going to go the way it was supposed to go. And things were going to happen the way they were supposed to happen.

Q: Was your husband (Kevin Bacon) supportive or nerveous of your directing debut?

He’s been pushing me to direct for years but in January of this year, he goes “This is the year you direct.” I was like “Ha, ha, ha – no!” I’ve produced a lot. I’ve produced books that I’ve optioned and usually I act in them.

I bought a book in 2007 called Story of a Girl which is a Young Adult novel. An author by the name of Sara Zarr and it was on the shortlist for National Book Award but it didn’t break any records or anything. But it was a beautiful story about this girl. You see her at 13 and you see her at 16. I’d been trying to make it as an independent feature from 2007, 2008, 2009, 2010, 2011 and then I just dropped it. I was like, “forget it; no one wants to hear stories about girls.” 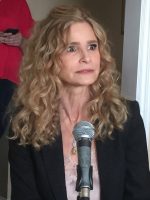 But then I was at Lifetime and they have something called Broad Initiative where they finance independent films and they air them on their network. So I walked in as a producer talking to them about Story of a Girl and they said they wanted to hire female directors. All of a sudden, at that moment, (I went) “I want to direct this. If there is any story that I want to tell, it’s this story.” I relate to it so much, I think it’s such a poignant story and an important and universal story.

Anyway, so that’s what happened and yes, Kevin was incredibly supportive and it was an amazing experience.

Q: Is Kevin in the picture?

He’s in it. He’s incredible. He plays this pizza place owner and he’s hilarious and funny and a catalyst for a lot of change for the main character. And he’s also very funny.

Q: When will this movie air?

It’ll air on Lifetime in fall of 2017 but I’m hoping to take it to festivals before that. It has a large window for that if that happens.

Q: Do you see coming of age films as an important genre?

The Edge of Seventeen is playing on theaters now.