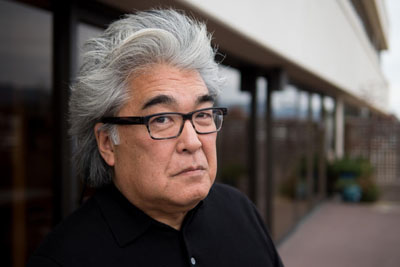 Then I saw the film, Mifune: The Last Samurai, and not only do I now completely understand why, I fully agree with the statement .

Mifune is a documentary directed by Japanese American director, Steven Okazaki. Although Okazaki was born in Venice Beach, he has been to Japan enough to be very familiar with the culture and the film history of Japan, so the film delivers a very authentic view of the Japanese film industry. I was able to connect with Steven by phone and he shares what the process for Mifune: The Last Samurai  and the history of Japanese films.

Q: This film is so beautifully shot. How did you go about that?

It’s difficult to interview Japanese people in their home since they’re always self-conscious about letting you in. We found this great place right outside of Tokyo called The Edo Architectural Museum Park, and they preserved buildings from all over Japan. They just lift them up and bring them to the park. We used different locations in this park outside of Tokyo, so that made it easier. 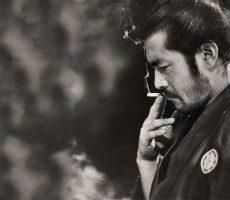 Q: Why did you decide to make the Mifune documentary?

Well I was originally interested making a documentary on the history of Chanbara (sword fighting) films. I was really interested in trying to see the old Chanbara silent films. I wanted to see the history of 100 years of Chanbara movies. That’s very difficult and so many of the movies have disappeared. You would have to work with different movie studios in Japan, and that’s very difficult (to work with different studios). I heard that a producer wanted to make a film about Mifune, and I got very excited. I said, “Please let me do it.” I met with them, and they said, “Okay let’s do it.” 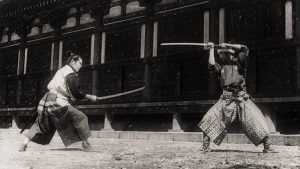 Q: You have so much archival footage; I didn’t know a Chanbara silent film existed.

There are not too many, they’re precious. I think the saddest thing is how many great films no longer exist, especially the films in Japan before WWII. Some films were destroyed, or people didn’t care for them. Very few of the films survive. Some of the films pop up in foreign countries, and they found them there.

It’s a very interesting thing. People think of Japan that is a culture those years surpassed. I don’t think that’s true. When you have a culture that’s preserved in paper and wood, it’s very hard to preserve it. There’s been pieces of Japanese history, including film history that no longer exists. The few old films that exist are very precious, and many of them are in terrible shape. 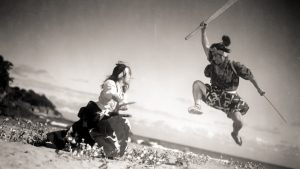 Q: What was your biggest concern shooting this film?

My big worry was Mifune was born in 1920 and you had this wonderful time where everyone was roughly around the same age. It was a very exciting time. After the war you had new people who wanted to be actors or directors or cameramen. They were all kind of the same age. My big worry for the film was finding enough people that knew Mifune who were still alive. The average age of the people was between 80 or 85. They were all very “Genki” (energetic in Japanese) and when you mentioned Mifune, their eyes lit up and loved to talk about him. 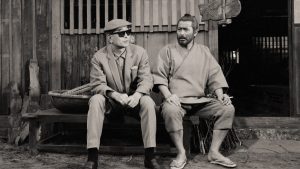 Q: How did you approach the scheduling for these famous people in the documentary including Steven Spielberg and Martin Scorsese?

Spielberg and Scorsese, we did have to wait for the schedule and it was very quick. They would say, “We have one hour” and we would wait for them. When we asked them, they immediately said yes, but it took a while to get to them. When we finally did (get to them) they were very enthusiastic. They had only admiration for Kurosawa.

Q: You chose Keanu Reeves for narration which is an amazing choice, but I am curious why you went with him since his voice isn’t as emotionally expressive like Samurai’s was.

Just to edit with the film, I used my voice. Although it’s very painful for me to listen to my own voice, other people said, “that’s okay, we can use that.” We thought it would’ve been interesting to have more English language in the film. We thought about many actors but some of them have very distinctive style of sounding very New York, or sounding very Californian.

I was also worried about their pronunciation of Japanese names and movies. We spent too much time on that I just thought that something about Keanu Reeves sort of fit Mifune. He doesn’t act like a big movie star, and he’s not surrounded by agents and managers. He just shows up by himself on his motorcycle. He loves making movies but he doesn’t take himself too seriously and just seems like more like the regular person Mifune was. We thought that might work and so one of the producers was interpreter for him in his movie “Man of Tai chi”. He asked Keanu and he said sure.

Q: While I discovered why Mifune he was such a terrific actor and that he actually got his start as a baby model for his father’s photo studio.  What did you discover about Mifune while working on this film? 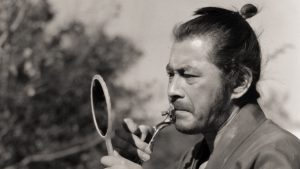 You really take movies for granted. You go, “oh that’s fantastic.” I don’t know what the movie of the moment is. When you watch the movies and work on a film like this you realize how special the Kurosawa movies are. They’re not typical of Japanese movies made of the same time. The budgets and schedules were much more difficult at the time. Kurosawa really had this strong ego and determination to make something that people would really notice something different. If you look at the other movies made at the time, there’s nothing that really can compare with the kind of care in Mifune (that) Kurosawa put into it.

That’s the one thing; the actress Tsukasa (Yoko) says when Kurosawa and Mifune stopped making films. It was an end of an era for all of us, not just for Kurosawa and Mifune. We had to come back down to earth in a way. I think the specialness of that time and appreciation of it. It doesn’t happen in movie making all around the world. That really was a special time in Japan.

Mifune: The Last Samurai is playing on theaters now.