“It was a real litmus test for our relationship.” Justin Long, “Tusk” star, talks about his girlfriend’s reaction to his looks in this film 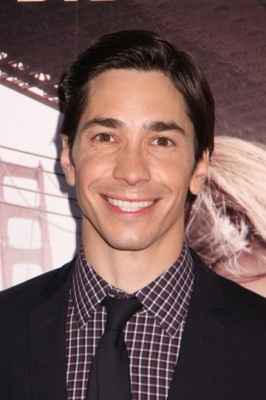 Justin Long plays Wallace who was transformed from a human to a walrus by a psycho guy in his new film Tusk, directed by Kevin Smith. It was very creepy, so even his dog freaked out. How about his girlfriend, Amanda Seyfried? And his mom? Also does he still go for Sashimi after this since he had to eat raw fish? 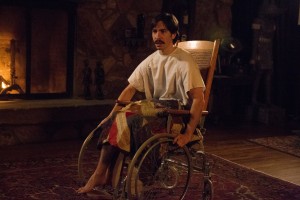 Q: What did your family and significant other think of you as the walrus?

The first time it really hit me how different I looked was when I saw my dog see me in the costume. He freaked out. I called him over and he knew my voice so he came over excited. And it was actually really mean. He saw me and froze in terror and started crying and ran back to my girlfriend (Amanda Seyfried). It was really mean. I’m sorry! I’m going to get letters from PETA. But it was the first time that it really occurred to me that weird kind of primal feeling. I felt like, “This animal is recognizing this animal and is really disturbed for it.” Because for me, it was a gradual process and the prosthetics going on and all that. And it was more of a thrill. It was fun. I took videos and sent them to my family and stuff.

Q: So Amanda also freaked out?

Yeah! She thought it was cool. She thought it was impressive. She was more freaked out by the mustache. I’ll tell you that. I thought, “If I can get through this shoot with that mustache…” It was a real litmus test for our relationship. I was like, “It means she likes me for me [laughs].” 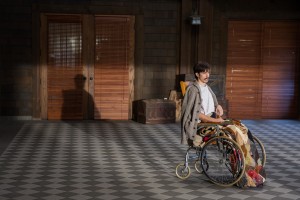 Q: How about your mom?

My mother was like, “I don’t think I can see this. I honestly don’t think I can.” And I don’t know how she’s going to sit through it because I remember when I saw Jeepers Creepers with her for the first time the day it came out and she was just sobbing. And I’m thinking, “Well, they just took my eyes in that.” The eyes are the only thing I have left in this. It would be scary for me if she was like, “Hmm. All right.” She just lost all emotion for me [laughs]. 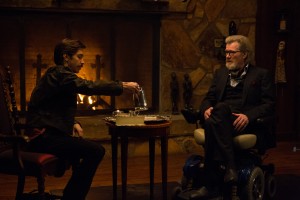 Q: Do you miss eating sashimi? Did you really have to eat the raw fish in the film that they tossed to you?

JL: [Laughs]. I thought you’d never ask. Yeah, it was tuna. They gave me tuna. I didn’t eat the actual mackerel, I think it was, but it was still disgusting. Just the context of what it was made — I didn’t eat tuna for a while afterwards. And I think I like it a little bit less now, which is a good thing because they are being overfished and we shouldn’t be eating them anyway. So it ended up being a good thing. I should do more movies like this. It will help with my conservation efforts.