Jake Gyllenhaal, star of “Nightcrawler,” says, “When you’re following somebody who’s going about living their life, it’s not comparable,” about chasing people with cameras 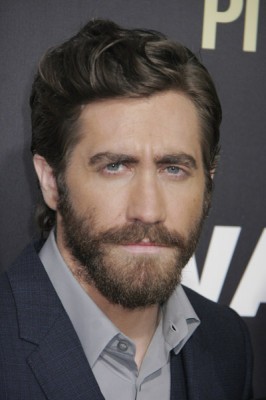 In Nightcrawler, Jake Gyllenhaal plays Lou who chases shocking incidents to record as news footage. It is interesting because he himself is chased by camera people. So what does he think about what Lou does? When I saw the first poster, I thought this was a vampire film because of his looks. The idea was actually not so far off since Lou works only at night and looks for bloody incidents to film. What went into the decision about Lou’s look? Also Jake talks about news and entertainment. 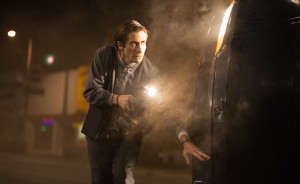 Q: Do you think Lou is a sociopath?

My belief is, in using that word, I think it takes the onus off of us, in the creation of Lou. He’s our creation. Without our need for information, without our need for information of all sorts, in a world where unimportant information is now important, and important information is now unimportant, and it all exists on the same plane, we just need to feed and consume, in that way. He’s a product of a generation where jobs are, I wouldn’t necessarily say, now, as scarce as they have been, but definitely scarce, and they are transforming the idea of what someone does, as so different. The choices he makes, he’s kind of a walking metaphor, that’s how I look at it. He is enabled by Nina, Renee’s character. He’s enabled by the guys at the head of the station, and they are enabled by us. There’s a world where we maybe could live, ideally, where someone wouldn’t end up being the head of a huge major network. But I feel like, in the world that we live in now, he probably would. 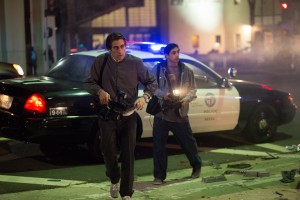 Q: This film is kind of about what journalism is facing now. The line between journalism and entertainment is getting blurry. Since journalism has been changed with tabloid culture, how do you see it?

I think the difference between what Lou does, he’s dealing with life and death, though I think that there is a sense of no one taking responsibility. We’re all just in it. We’re all just needing information, and getting it. I think whatever shocks us is what we’re bound to go towards, even if we don’t want to. We’re still terrified by it, and interested. It’s the same idea as moving past an accident.

Q:  Are you getting to understand people following you with cameras?

I think that idea is very different when you’re talking about celebrity culture. You’re dealing with life and death. When you’re following somebody who’s going about living their life, it’s not comparable. 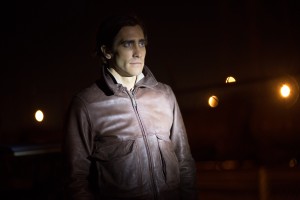 Q: Talk about the looks of Lou. You lost so much weight. Is that the first time you lost some weight?

As we were getting into shooting, I would do stuff like run to set. And at a certain point I was just running through Griffith Park all the time, eight to fifteen miles a day, and I was just training myself as a coyote, with all the coyotes and stuff. And then my face just changed, I think. I don’t think I was really even aware, until a few months ago, and we were going through all the cuts. You start to separate from all the characters, and go like, “Wow!” The place where you are mentally, it has so much less to do mentally than it does, physically. I can go back there at any moment and remember. 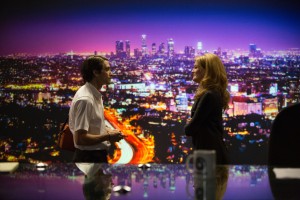 Q: Have you thought about what you will say? It’s a work of fiction, but is there reality in there, and do you define it as okay?

My form of communication is through the movies that I make. That’s one thing that I can say. As much as I consider that to be entertainment, and it should be entertaining, that’s why I think, this movie is actually really fun to watch, and entertaining, as well as I feel like it’s some kind of commentary. I feel like when you can get the two in a movie, I feel like those are the types of movies I want to make. I believe that movies are political, no matter what. I think that if you’re going to escape, or you’re going to overtly deal with something political, it’s still political, because there’s stuff going on all the time. And I think I was taught and raised that it’s important to know, to be informed, and to make choices based on that, from a number of different standpoints, not just one. I don’t think any story’s good unless there’s a bit of indictment somewhere.  I would say indictment is the wrong word, I would say commentary. Dan Gilroy has a point of view. And I think he’s created this character, as I’ve said before, to shine light on the fact that I don’t think a character like Lou could exist, unless we really created him. 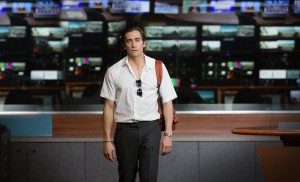 Q: How do you feel about going to do Broadway?

I’m so excited, I can’t wait! I did a show about a year and a half ago, with the same writer and director, on a different show. It’s my favorite place to be, is up on stage. Like every musician gets to go on tour, you know what I mean? In my acting, the movie is my album. The theater is the live show, and so I can’t wait. That’s a different animal!

Q: What’s the name of your play?