Kelsey Grammer delivers another bundle of laughs in the animated comedy, “Storks” 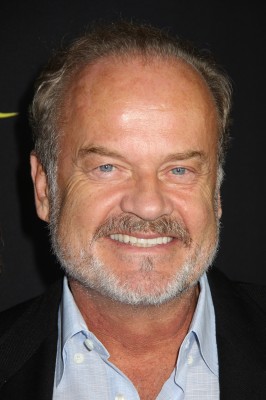 Born and raised in Japan, I was surprised how many American’s still tell the story that storks are the reason newborn babies arrive to families. It is such a popular folk story that photos and emblems of a stork carrying a baby cradled in a cloth have been the universal symbol of maternity on greeting cards, toys, and children’s books still to this day. However, veteran actor Kelsey Grammer, who provides the voice of the stork Hunter in the film, seems to be the exception and we get the hilarious explanation in our interview with the actor how got his big break in one of the most iconic sitcom comedies of all time, Cheers. 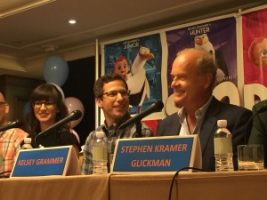 Q: How did you learn about the birds and the bees?

Actually my grandfather did have a little bit of a chat about it, but I sort of imagined some things already [laughs].

I had an eye on a couple of girls through kindergarten [laughs]. Something special about them so I kind of knew what was coming.

Q: How did you create the personality and vocal tone for Hunter who shows his darkness but also likable side at same time?

Interestingly, John Gielgud (English actor in 20th century) once said, “Style is knowing what play you’re in”. Now, that may or may not help you [laughs]. However, it was a question that I’d always have about-how do you do that? Well you just have to know what play you’re in. You have to know you are in a comedy. You have to know that you are actually allowing the audience to participate on some level. When you go dark and mean it then you don’t let them in. But in this performance, it’s always just you know that there is something funny going on. It resonates always in the moment but also Nic (Nicholas Stoller, co-director) and the rest of the crew always understand that they are making the movie. It’s his movie. Or your guys’ movie. Whatever that performance is they guide it a little bit. They also know when to stop and pull back. It’s supposed to be a kid’s movie so it’s OK. He’s not going to go too far. What’s interesting about Hunter’s role in the movie, the purpose he plays, he’s kind of expositional honestly. He kind of lays out what’s going on. When you do that you have to just speak clearly and forcefully, with good diction can make all the difference. That’s about it.

Q: When you saw the completed  film for the first time, did you recognize any similar mannerisms of yourself in Hunter ?

I always wonder in an animated performance…a long time ago I did a film called “Anastasia” which didn’t look anything like me. I said to them, please don’t borrow anything I do physically. But then when I did something with Lasseter (John Lasseter) and played Stinky Pete he said “You mind if we run a camera and grab some of your visuals?” I said now I get it, it would work there. In this one, I’m not actually sure if they did anything like that, but I wasn’t playing myself in that one. I was actually doing Rip Torn. [laughs] It didn’t matter I was imitating Rip Torn the whole time.

Q: What originally attracted you to  be apart of this project?