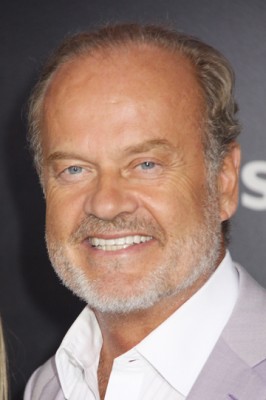 The Expendables 3 is crowded with action stars, names like Stallone, Ford, Gibson, Schwarzenegger, Snipes, Statham, Lundgren, Li, Banderas, Crews and Couture. But one name sticks out, one old-timer who is not exactly known for his ass-kicking action films. Joining this motley crew, Expendables 3 brings in Kelsey Grammer as Bonaparte, an old friend of Barney Ross (Sylvester Stallone), who helps Barney assemble a new and younger team of Expendables to go against the ruthless Stonebanks (Mel Gibson).

The Frasier star talks with WhatsUpHollywood.com about his toughness, working with an action legend like Stallone, and punch videos. 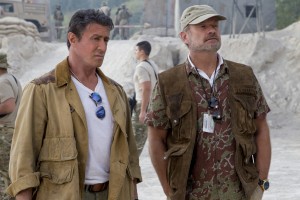 When I first heard you were in this film I thought, what are you going to do? And why?

I know that it spurs a kind of surprise that Kelsey Grammer would be on this ride, but I’m tougher than a lot of people think. If you know anything about my personal life you’ll realize that. I think he was exploring an interesting part of the story to tell. He had a nice relationship. I love working with Sly. It was a presumptive joy to do that. I had a great time, and we fleshed out Bonaparte to a point where I think, you know, I hope he comes back and he comes back and maybe he can kick some ass next time, because I’m ready to. I’m working at the gym. I’m punching people in the streets. All those punch videos you’ve been seeing, that’s me.

Q: Was there anyone you had not worked with before that you were excited about for this film?

I’ve always wanted to work with Sly. I never knew if it would happen. I’d see him at some party, a mutual friend’s kid’s birthday party or something, and I’d think, “Oh gosh, I wish I could find a way to work with this person.” We have a good mutual friend, John Herzfeld. I called John and said, “Can you get in touch with Sly that I’d like to be in that next Expendables?” Something worked out. It was a revelation to me on how smart and how improvisatorial Sly is as well, and generous with his time, and generous with his acting — except when he changes the camera angle a little bit to make me look shorter [laughs]. I just had the best time with him. What happened was I discovered this real sense of fondness for the man. . . I was thrilled to be in this film with all these extraordinary actors, but mostly I was so happy to work with Sly and find out how fantastic he really is. And I’ve been impressed ever since. And I hope we do something else together.