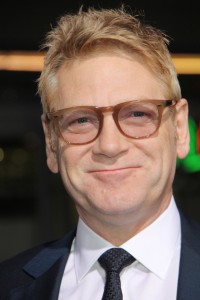 Acclaimed English actor and director Sir Kenneth Branagh plays a Russian villain and also helmed the story about the famous American hero Jack Ryan who was just recruited by the CIA in Jack Ryan: Shadow Recruit. How did the whole project begin for Branagh? 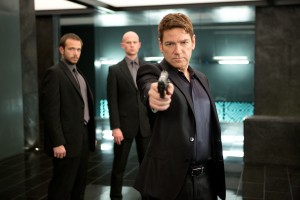 “I remember seeing Hunt for Red October when I did my second movie, which was a thriller for Paramount, and which of course Mace (Neufeld, producer) was behind, as he was all of them. And when this came along, in fact it was a combination of things: I knew that Chris (Pine) was involved and I very much wanted to work with him, very much admired him, and Mace and Lorenzo’s (di Bonaventura, producer) track records. I wanted to make a movie having grown up loving them where a man passes on information to another man in a cinema, where two men meet on a bench at night in Moscow and talk about the fate of the world, while a dog is distracting people from thinking that they’re doing anything nefarious and combine action/thriller with working with great actors.”

Branagh spoke Russian in this film. I don’t know how accurate his pronunciation is but we can see he did a great job while he also had to direct the film which he is in and speak a foreign language. How was his Russian language training? 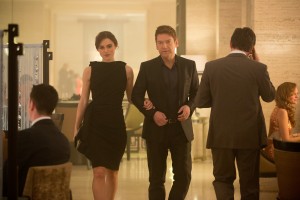 “A long time in advance, I started to listen to Russian television, Russian radio. I had a dialect coach who just introduced me to the sound of the language. I wasn’t really familiar with all its varieties, and then I learned it phonetically while walking the dog. We have a dog in this movie. The next dog in the next Jack Ryan film — if there is one — will be my dog, who can now speak Russian, so I’m looking forward to seeing her in that.”