Kevin Costner interview: Can you spot the homage scene in “3 Days to Kill?” 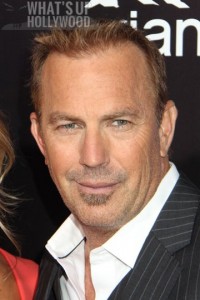 French filmmaker Luc Besson is a really good storyteller of middle age men hustling in films such as Leon: The Professional, The Fifth Element, the Taken series and the Transporter series. This time out, he got Kevin Costner to play CIA agent Ethan who has a terminal illness and tries to reconnect with his teenage daughter at the same time he’s trying to complete his last assignment. What I really like about this film is the humor and cool action scenes blended together with a really good balance. Have we ever seen a CIA agent complete his mission using a girl’s bicycle? There is also one scene which makes me smirk momentarily. I got confirmation from McG, who directed this film, that the scene was an “homage” for Mr. Kevin Costner and one of his big film hits. You will know which film I am talking about when you see 3 Days to Kill.

Q: Ethan struggles with the balance between work and life. Also he has a really strong, demanding and pushy boss, Vivi. Did that sound familiar to you?

“When dealing with women, my boss in this instance, my hellish relationship with her… he gets frustrated by women, and my house is the same. There’s a level of humor that we tried to bring into the movie without winking at the camera. I think it’s funnier if you don’t wink and say, ‘I’m really frustrated by you, by her, by my wife, by my daughter.’ So there’s a part of the world where he’s very efficient in his life and he’s not that great in this particular aspect. He can be shut down.” 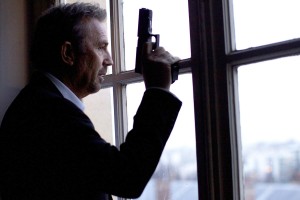 Q: You won an Oscar as a director and producer of Dances with Wolves. As both an actor and a director, how did you enjoy wearing the actor’s hat this time?

“I don’t have all of the worries that McG does every morning. On the weekend when everyone is deciding what restaurant they’re going to go to in Paris or what they’re going to see, the director starts to hate everyone because he has to really think about what he has to do. I’ve never had that problem. When it comes to the script, we need to be on the same page. We didn’t differ that much and you shouldn’t if you’re in sync. There’s going to be times when you have a different approach on a scene, but it shouldn’t happen very much. It shouldn’t happen very often and it didn’t with us. I learned some things watching McG. I came prepared to do what I was supposed to do. When I direct I tell my actors there’s going to be a day where I’m not as good as others, and on those days I really need for you to be good. If you have to deal with the whole life when you’re making a movie — boyfriends, girlfriends — some days you’re just not as good. So for me, my pledge is always on that day — and McG will tell me I’m not really feeling that good — boy, I get a little bit stronger. I’m kind of a coach’s coaching player. I like to be on the floor. If a coach tells me what to do on the floor I can get it done. So I’m really comfortable being directed.”