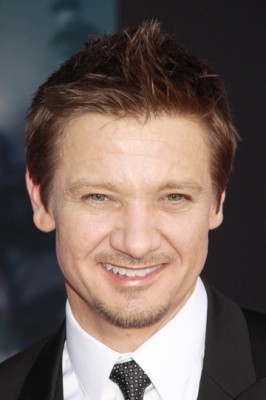 Jeremy Renner plays real life journalist Gary Webb in Kill the Messenger. Webb uncovered the CIA’s cocaine smuggling plan by using the power of the pen in 1996. Jeremy also got the role of producer for this film. He talked about how much he was attracted to this project. Now that he has experienced sitting on the other side of the table by playing a reporter, what did he learn? Gary had big frustrations in his career, has Jeremy had a similar struggle? And we got some answers about his fatherhood experience. 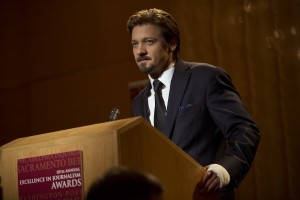 Q: What was your attraction to this?

It was a lot of things. Initially, selfishly, it was like, “Wow, this is an amazing role. It’s an amazing story.” I got to the end of the script and was like, “Oh, wait, this happened around the corner from where I grew up. I know nothing about this.” So it wasn’t so much that. It was a true story was the main reason why I’m like, “Okay, it needs to be on the big screen.” Otherwise, this could be just really good TV. But because it was a true story, I’m like, “Oh, wait, this just needs to be broadcast. It needs to be louder, make more noise.” So that was the ultimate reason really for me to make it a movie. And like it’s going to be hard. People don’t make these movies anymore. They made them in the ‘70s. There were a lot of reasons to do it. There’s no reason not to do it [laughs]. It’s just finding the time to go do it because it’s going to take some headwind and some time to get it made. 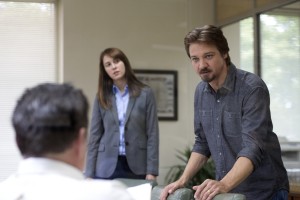 Q: Did you learn new things about journalists like us?

Oh yeah, are you kidding me? Loads of it. Yeah, I thought it was interesting, outside of just what the job kind of is and what it entails, not even on the depths of what Webb has done and the things he has written. He has written some really great articles, just sort of the psychology behind it, and what the job is, is really interesting. And then what I found most interesting was relationships. Because it can be also a quite lonely isolating kind of job, but the relationship with the editors is really interesting and the sort of bureaucracy and corporate sort of life of newspaper, and depending on the newspaper, the size of the newspaper, and who they have to answer to… boy, man, this isn’t about the stories. Yeah, it was strange. 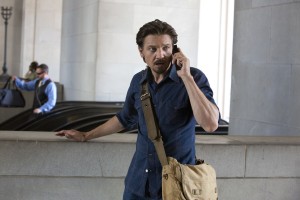 Q: Have you ever had to fight for something as hard as Gary did?

I don’t think there’s anything as important that he was working on. If ever I got frustrated it might feel as intense. [Laughs] I guess it would be that I’ve been told ‘no’ all my life. I come from a town where you get married and have babies and you’re probably working on your third divorce at my age. Nothing wrong with that, I guess. [Laughs] Both my parents did it. Yeah, I don’t know. Adversity, it depends on how you look at it. To me, I look at it as fuel. I could never think that I could do what Gary does. I’m too self serving. I think as an investigative reporter, maybe there’s a version of it serving oneself’s ego maybe. But it’s ultimately what you’re doing, the output of it is so selfless, I think, putting his well-being at risk to tell the story, to find truth. I mean, there’s a version of that in my job. All I do is to try and find truth. And every moment, every relationship as an actor, in character, it’s all about truths. I could draw some similarities but never to what Gary might have gone through. 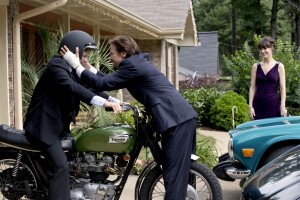 Q: What has changed for you after becoming a father?

It has changed absolutely nothing, but everything. It just flipped everything on its head. Everything pales in comparison. What I use to think was important, what I was so passionate about in my life, nothing means anything to me outside of when do I get to see my daughter next. That is all that matters to me.

Q: Do you change diapers?

Q: Do you have rules for her? Because she is not your sibling.

Kill the Messenger opens in theaters on October 10th.