Lily James gets in touch with her inner badass for her new film, “Baby Driver”. 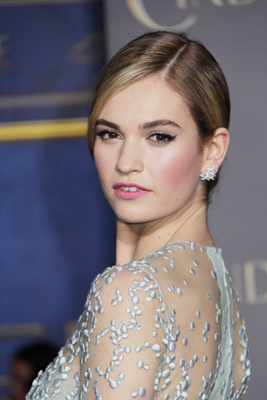 After her roles in Downton Abbey and Cinderella, we finally see Lily James ditch her corset to embody her new role as subliminal badass, Deborah in her new film, Baby Driver. We chat with Lily on this new phase of her career and what she thinks of the film’s soundtrack. 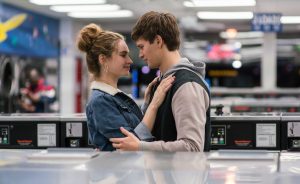 Q: Is playing Shakespeare (compared to your role as Debora) more like work as opposed to fun? How do you compare your different roles?

When we were filming this (Baby Driver), I was preparing to do Romeo and Juliet, so I was learning my lines in the car during our long night shoots. And Edgar (Edgar Wright, director & writer) is obviously got this weird photographic memory and he did it at school and could remember more lines than me from Romeo and Juliet. Cause he is like this crazy genius. I love both (movies), but very different but also equally challenging. I think Shakespeare is really fun to do as an actor, not always that fun to watch. But as an actor it’s really enjoyable. So essential and dramatic. 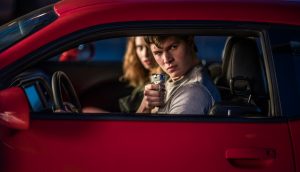 Q: Was there a particular stunt or day that was most challenging to you?

When I had to look over, how high was that car parked? How many floors? It was really, really, really high. I had a rope attached to me because I had to get right to the edge to look down to make sure Buddy (Jon Hamm) was really, really dead. As if he wouldn’t be jumping from that high. He seemed to keep surviving so he was like a cat. I get bad vertigo so I was compelled to leap off into the burning car. That was scary and challenging. 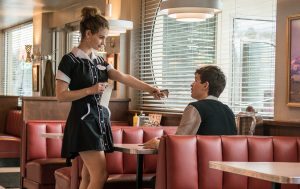 Q: You seem to be able to relate to that moment for your character, are you like that in real life?

Yeah, I’d basically kill a guy and smack Buddy over the head. Also at the end, she is ready to drive through that police barricade or reverse back and keep people in running to stay with the guy she loves. From the good guy in the diner to the reckless. 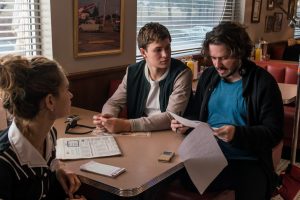 Q: Have you heard many of the songs that are used in this movie?

I still listen to the soundtrack all the time and I think it’s going to be [not audible], where people are going to really respond to the music. Then it opens up where you then explore the artist’s albums, and it sort of opens up all of the doors. I think that Edgar has got such incredible taste in music, it’s so eclectic and so soft from one end to the other end from the spectrum.