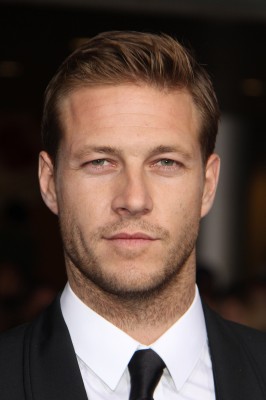 Point Break star Luke Bracey doesn’t just play a surfer in the movies, he is a surfer in real life; sharing he was “surfing before he could walk.” Surfing, snowboarding, and climbing were a few of extreme sports that drew him to the role of Johnny Utah which was first played by Keanu Reeves in the 1991 original.

The film, which is a visual adrenalin feast, took Bracey through scenes of big wave surfing, wingsuit flying, snowboarding, and free climbing.  Bracey went to these locations, many he had never been to before, ready to experienced it all. We sat with Luke Bracey to talk about the adrenaline rush he had filming Point Break, which location he wants to revisit, and which of his scenes were the toughest to film. 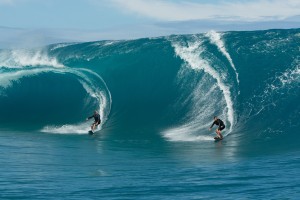 Q: Which of the locations would you like to revisit?

The physical aspect of this movie is something that really drew me to it. I grew up surfing, and snowboarding, 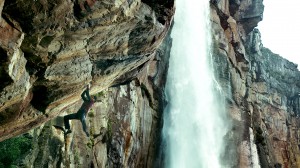 skateboarding, and doing all of these things. It’s something that’s very close to me. So I really wanted to do everything I could until the pros took over, until the real guys got to do what they do best. For me that was exciting. For me to hang off Angel Falls (Venezuela) a kilometer above the earth, three thousand feet. That’s some stuff you can’t buy that on a green screen. That said, you’re all tied in and it’s all safe, but there’s still a part of your brain that saying what are you doing man? What are you doing? You’re mother is going to kill you. 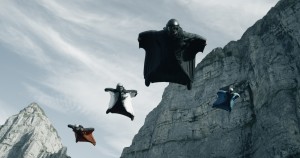 Q: Can you talk about your toughest scene and if there were any phobias?

Well, it’s a human reaction. I don’t feel like I am too bad with heights, but three thousand feet is a long way for anyone. It’s a big thing, you’re standing at the edge of it. By the end of it, it’s not like you got used to it, but just you weren’t as freaked out. You got used to it to a degree. The amazing thing about it is when you see us standing at the edge of a cliff, we were standing on the edge of a cliff. That helps with your motivation when you are about to wingsuit proximity fly for the first time. Johnny Utah is about to do that for the first time in the film, well that’s the first time I stood at the edge of a cliff.  That kind of helped. In terms of toughest scenes and phobias and stuff like that, I think I said before. I really trusted in everyone around me and that’s the only way you can make a movie really, it doesn’t matter what movie it is. You got to trust every single person that’s involved and they got to trust you and you got to be in together for the big win. I think the great thing about this movie is that everyone involved was one hundred percent committed and that’s what Point Break is all bout. For me that made the scenes easier. It didn’t put the weight solely on one person or one thing or one part of the movie. The load was carried by all. 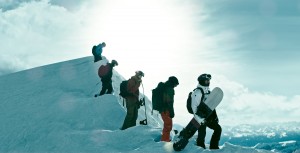 Q: What was the most difficult part of the filming process for  film like this?

When you have been to these places and then suddenly you’ve got two weeks in Babelsberg, Germany. It was just before Venezuela, just off to Tahiti, we did this amazing thing and suddenly we are all surrounded by green (screen) for two weeks and we all want to be crazy. It was hard.