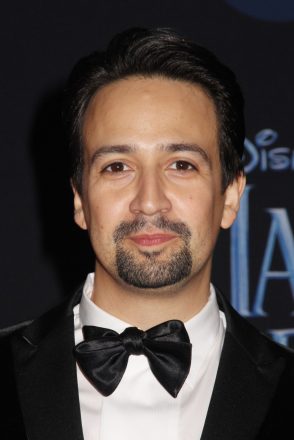 Miranda’s bright and funny nature seems undoubtedly suitable for his character in the film, but when you truly marinate on the skill range it takes to go from playing Alexander Hamilton to Jack you will understand why I was so impressed. Combine that with his undeniable vocal skills and trust me when I tell you, we have only scratched the surface on what the future holds for this multi-talented actor.

We chat with Lin on how he became a member of the Disney family and sharing the experience with his number one fan, his son. 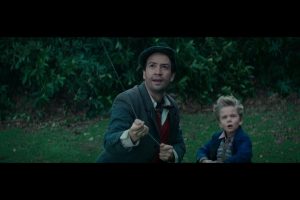 Q: How did this project come about for you and how was the experience?

Well, first of all before any of that, I remember going to the midnight premiere screening of Chicago (the movie musical directed by Rob Marshall) at the Ziegfeld Theater, and seeing it with everyone else who had the premiere date sort of written in blood on their calendars and seeing the greatest modern movie musical I’d ever seen in my life. So when I got a call from Rob Marshall (Director) and John DeLuca (Co-Producer) saying we’d like to talk to you about something, that became an immediate priority. They came to buy me a drink between shows. I was still in Hamilton at the time and I had a two-show day. So I finished the matinee, rolled across the street to the Paramount Hotel and I met them for a drink and they said sequel to Mary Poppins and I said who’s playing Mary Poppins? 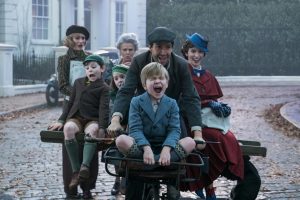 And they said Emily Blunt and I said oh that’s good. [laughs] And honestly, I can’t give them enough credit for seeing this role in me because when I’m playing Hamilton, I mean there is no childlike wonder in Alexander Hamilton (the lead character in Hamilton, played by Lin himself). He has a very traumatic early life. He goes on that stage and he wants to devour the world and he wants to move so fast and he wants to do everything whereas Jack (Lin’s character in Mary Poppins Returns) in this movie as they pitched him to me has this childlike sense of wonder. He has this, he’s in touch with that imagination you all see in your kids when they can sort of play in their own imagination for hours. Jack sort of never lost that and that was I feel so humbled that he saw that in me and that, from that moment, from that drink I was in and then, it came along at the perfect time for my family too. We had finished a year of performing Hamilton and then I chopped my hair off and left the country and jumped into Mary Poppins’ universe. It was like beautiful. 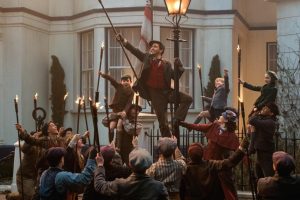 Q: What is your favorite scene of the film or favorite experience in the film?

There are so many, I mean you’ve seen the film. There are a lot of highs on a movie like this and coming from the theater where the only thing that changes in the performance is the audience and your energy that day to go okay Thursday, we’ll be shutting down Buckingham Palace and riding with 500 bicyclists. And Friday you’ll be dancing with the penguins. Those kinds of moments are really sort of unforgettable, but for me I brought my son to set every time we filmed a musical number and to watch his eyes like saucers while Daddy danced with what seems like 500 dancers and bikers. I’ll never forget the look on his face as long as I live.

Mary Poppins Returns is now playing in theatres nationwide. For more information visit the film’s official website at https://movies.disney.com/mary-poppins-returns or their official Facebook page at https://www.facebook.com/marypoppinsreturns/