Nick Nolte plays a fugitive in “The Company You Keep” 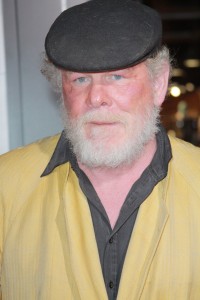 Nick Nolte plays an ex-sixties antiwar group member in The Company you Keep. Because he truly loves being an actor, the 73 year-old is able to casually discuss grim family experiences nonchalantly.

Nolte opened up about his father when asked about the violence imparted by the antiwar group, The Weather Underground, in the movie. It reminds him of his father’s return home from World War II. The imagery of his father being a skeleton is haunting.

“I had to everyday for a little time, I had to go up and sit in the rocking chair beside this skeleton, that would just be going [gasping for breath noise] breathing, you know? So it occurred to me that whatever he went through I didn’t ever want to do it. That was it. That’s where the idea sprung. I don’t want to be involved in that. Then it goes on to, I don’t want to kill anybody. I just can’t do that. No, I can’t do that. ”

Today his passion is concentrated on his profession.

“I’ve got the bug. I’ve got a distortion in me. I got a love that Catherine Hepburn would say, is that there should be a law against you having a relationship, because you love your work, and it’s not going to be fair to anybody.” 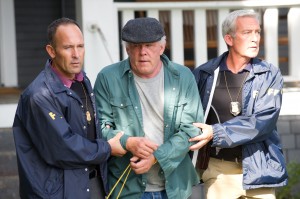