Paula Patton shares why she ‘connects’ with “Disconnect” 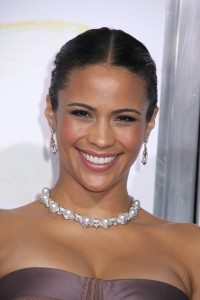 Nominated for an Oscar for his documentary “Murderball”, filmmaker Henry Alex Rubin directs his first fiction feature, “Disconnect”. With a story that follows a variety of characters who struggle to stay connected to each other, the plot tackles a variety of issues all stemming from our new burgeoning reliance on technology to communicate with each other. Paula Patton, the beautiful and charming actress from “Mission Impossible: Ghost Protocol”, identifies with the characters due to her own experiences with the web.

“I’m new to social media. I’m trying to find my comfort with it because I feel like if you don’t keep up with the times, then you get left behind. This is what’s happening. And I find that as an actor, it’s really challenging because what I love about films is being able to be completely transported when I watch a movie as an audience member. I don’t really want to know all those details about an actor because it ruins the movie for me. Sometimes that’s why I love foreign films more than any other because I really, really get to escape. And so now this new thing of like, what do you share? Is it still enjoyable for people to watch your films when they’re going, ‘Uh, she isn’t like that. She’d never do that. She hates that.’ Whatever it is, I’m finding my way. I’m not real comfortable with it yet, but I’m trying to go, okay.”

Cyber bullying is just one of several topics addressed, mainly in conjunction with the recurring theme of the dangers of unintended consequences. Patton, who is also a mother, says that she feels for today’s youth.

“I cannot imagine being in junior high-school or high school and having it posted for everyone to see, even your grandparents to see it. It’s so crazy how public life is now. But you just have to like learn how to deal with these things. Just put one foot in front of the other and deal with it as it comes and try to guide your child as best as you can and pray.”

Patton wants to make it clear that this is not a cautionary tale, passing judgment, but rather a dramatic thriller set in a fast paced, ever changing world and the challenges presented when we try to adapt.

“It keeps you on the edge of your seat. You don’t know how it’s going to end. I just have to say that. Take out all the other stuff; it’s just fun to watch. And it’s exciting. It’s a ride, and then you can leave with whatever message you want.” 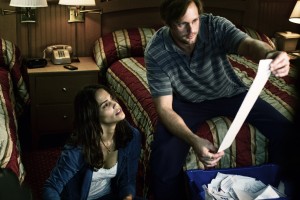