Oscar winner, Lupita Nyong’o has been waiting a long time for “Black Panther” 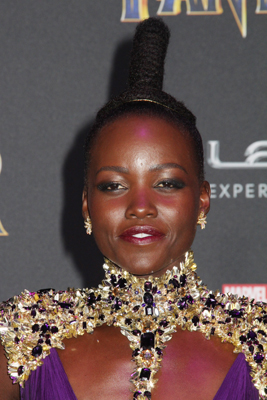 From working as a production assistant to winning an Oscar in her first feature film, 12 Years a Slave, Lupita Nyong’o continues to amaze us . Now the Mexican-Kenyan actress has entered the Marvel Comics arena co-starring in Black Panther, which is one of the most anticipate movie roles of her career. 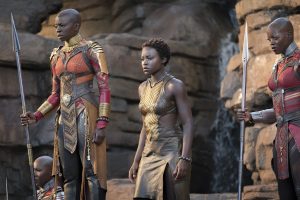 Q: How excited you are for Black Panther movie?

I’ve been waiting a long time for this.  And I was just so, so, so excited, because this was a movie that we all felt a lot of ownership of, and that we thoroughly enjoyed making.  And you know, when you make a movie like this of this scale, so much happens between the time you perform it and the time you see it, you know – all the computer graphics stuff. Wakanda was built in, you know, in a room with Ryan (Coogler, director, writer) and the incredible design team, you know. And so to see it alive, to see it almost like three dimensional was what I was looking forward to.

Q: What you would like everyone to walk away with?

Well I would say what I love about the way this film represents women is that each and every one of us is an individual, unique and we all have our own sense of power and our own agency and we hold our own space without being pitted against each other. And I think that’s a very, very powerful message to send to children, both male and female this idea. I think often times in movies we fall into that trap where women, there’s very few of us and then we are against each other. There’s a competitive spirit and stuff like that and this film freezes all that.  And we see women going about their business and supporting each other, even arguing with each other, you know; having different points of view, but still not being against each other and I think that’s extremely important and in so doing the fact that in this film there’s so many of us, we really get a sense of the fabric of Wakanda as a nation and we see women along side men and we see how much more effective a society can be if they allow women to explore their full potential, yeah.