“Our Brand Is Crisis” producer George Clooney says “No” about running for office. He thinks “it’s hell.” 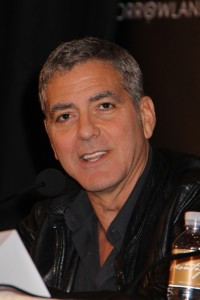 Since George Clooney is famous for working and being friends with politicians, I thought eventually he might become one of them, like Clint Eastwood or Arnold Schwarzenegger. But I found I was wrong. It seems he hates the lifestyle of politicians and wants to keep the lifestyle of a Hollywood star. Who can blame him? And I was witness to the really tight friendship between George, Grant (Heslov, producer) and Sandra Bullock who is the star and also a producer of the film. You also will find out who is the boss! 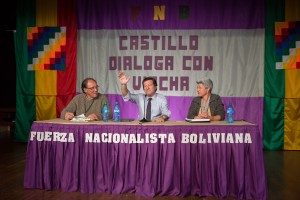 Q: Did you become a political junkie early in life? Is there anyone in particular that sparked it?

I think if you’re sort of our age… not Sandy’s age [laughs]. We grew up in a time where you had the civil rights movement and the Vietnam movement and the drug culture and the assassinations. If you weren’t somehow politically involved then… All of us were. That was part of your makeup. It was part of your DNA. And Watergate comes around. Just all lived with us. From a very early age we were sort of indoctrinated into the idea of being involved and being socially aware, so that by the time we were aware of (Nelson) Mandela and apartheid in the early ’80s, it really started to catch on that was something that you could get involved in and be a part of. So it was just part of our DNA of a certain age. You weren’t able to duck into a cellphone or watch TV to get out of it. 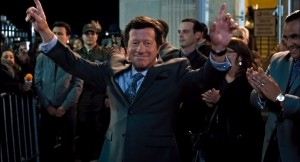 Q: Will you run for office?

No. I have been asked that for almost 20 years now. The answer is just no. Who would ever want to live like that? I’m friends with a lot of those guys. I just think it’s hell. I commend people who go into public service because it’s just such a horrible way to get elected, it’s just a horrible time while you’re in office. It’s more polarized now arguably since the civil war in many ways. I think that people will argue in things that they believed in six years ago, or eight years ago, because it’s not their guy saying it. No, I wouldn’t want to be in politics because I have no interest in it. I have every interest in being involved on the outside and trying to get things done. These are important to me and the things I care about. 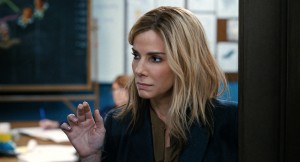 Q: Did you learn anything new about Sandra Bullock?

Nope. Sandy and I… and Grant… the three of us have known each other…

George: Yeah. ‘Cause Sandy is 64 years old [laughs]. She was much older…

George: You’re right about that. We have a long history together. I don’t know. We didn’t learn anything else. It’s just always fun to work together… There’s also something kind of great about the idea that when we first met, I was drunk, we literally couldn’t get hired for the most part, and…

Sandra: Grant was the only one working at the time. He was making video tapes, audition tapes.

George: That’s right. He did an episode of Joanie Loves Chachi, which is true. But there’s something really fun about being able to experience these years of change in your life and being able to come up and say, “All right, now we are in the middle of an incredibly creative time in our lives,” and have Sandy call up and say, “Well, let’s make this movie. How about if I do it and I play the part?” and us going, “Well, let’s sit down and figure this out.” That’s really exciting because when you’re doing guest shots on Joanie Loves Chachi, you don’t really think that’s going to be the next thing that happens in your career. It’s a really fun experience, I think, that we’ve always had. 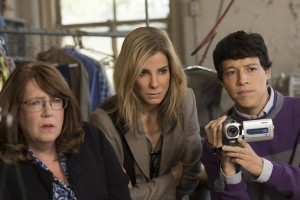 Q: Since you guys are producers and Sandra is the executive producer, who’s the boss of who?

Q: Sandra has more of a male role in this film. How did that come about?

There is another part to this which is that we wanted to work with her. The minute that she suggested the idea we thought, “Well, this is silly that we would even think that it wouldn’t work.” It made total sense. I think that it’s just a natural progression. It gets talked about a lot lately — why don’t more roles get switched? There are a lot of roles that could be. It was mostly women that starred in movies in the ’30s and were leading the films. There has been a great change in the mentality. I know maybe because mostly the studios were run by men. I have no idea. But I do believe that somewhere in here everybody looked at their development a little bit and said, “Well, you know, doesn’t have to be all the guys.” We develop things because I might want to work on it as an actor. But it doesn’t mean that it has to be me that does it. It makes more sense with her in it and she’s so wonderful in the part that there wasn’t a moment’s doubt.

Our Brand Is Crisis opens in theaters on October 30th.