Why “Goosebumps” star Jack Black thinks “we’re going to have to build a Death Star!” 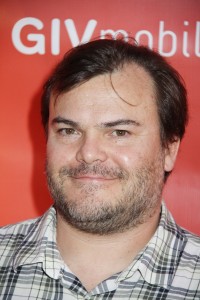 Hollywood funnyman Jack Black returns to the role of someone who teaches lessons to kids. In Goosebumps, Jack plays R.L. Stine, the author of the Goosebumps book series, but it is a different characterization of the real author. Did he meet Mr. Stine to get approval? What scares him? Are there any plans for School of Rock 2? And what was his most memorable Halloween costume? I got all his answers! 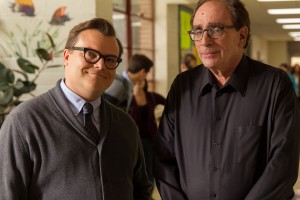 Q: How was the meeting with the real R.L. Stine?

We met him before we started filming so we asked him for his notes on the script and his blessing. He loved the script and he didn’t mind that I was doing a much different characterization of him. He’s got a great sense of humor so he was fine that I was portraying him as this antisocial grouch. He understands drama and the necessity for some liberties to be taken. 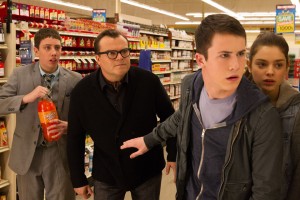 Q: What gives you goosebumps?

My thing that gives me goosebumps sometimes is the size of the universe. When I think of it I’m like… and also the survival of the human species. Sometimes I think about the inevitable death of every human being on the planet. It would be sweet if we live all the way to infinity but we’re going to have to build a Death Star. Because the sun, at some point, is going to wink off on all the planets but that won’t be for a billion years. We’d be lucky if we made it that long. So anyway, we’ve got to build this Death Star and build a million of them and spread them all over the galaxy. I’ll leave it at that. 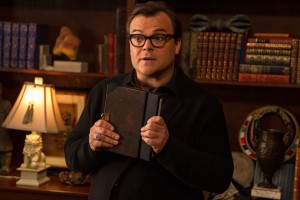 Q: Do you have any plans for School of Rock 2?

There are no plans for a School of Rock 2. I wish, but the creatives didn’t seem to agree. I knew at the time that for School of Rock, I could die now and that’s going to be the best thing I ever do. I’m never going to connect with material like that again. But it felt good.

Q: Are there certain directors whom you want to work with?

There are plenty of directors that I would love to work with that I never will. Quentin Tarantino comes to mind. Paul Thomas Anderson. Jim Jarmusch. David Lynch. These are guys that I love… But you got to be careful what you wish for. All of a sudden you could be naked running through the street in a David Lynch film and then think, I wanted this? I love to watch his films. I don’t know actually if I want to be in any of them. They are disturbing in a very cool way. 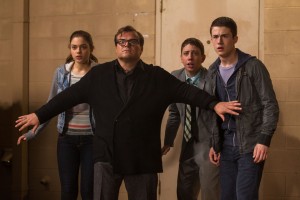 Q: You are working on a TV show. What is it like?

Yeah, I got a TV show on HBO. I can’t give you the secret, I don’t even know the secret. I haven’t read anything yet. They are writing it as we speak. But we get another crack at it. I’m just happy we get to do it again next year. I actually prefer the schedule and the location. It’s all shot in LA. It’s kind of a dream come true for me, because I got kids now and they are in school. I can’t take them with me on locations anymore of movies. It’s kind of a dream job. 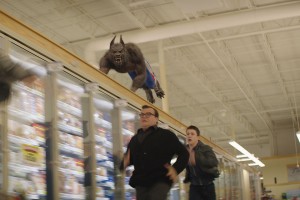 Q: Halloween is coming up. What was your most memorable Halloween costume?

Probably Gene Simmons from Kiss back in 1986. It was just very low rent. I made it myself with tin foil. I had the wig with the weird bun on top. It looked pretty lame actually. The highlight was how lame it was. I felt semi awesome. My neighbor Rodrigo, his mom was a seamstress, so he had this amazing Ace Frehley costume and next to him I just looked like a junkyard dog. It was still fun going trick-or-treating in that costume.