Rudd and Hirsch Hit the Road in “Prince Avalanche” 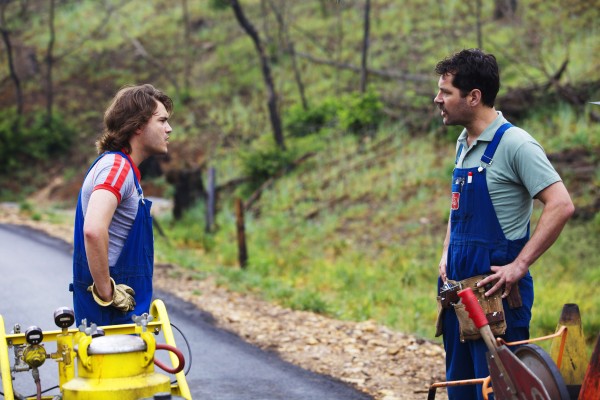 Alvin (Paul Rudd) and Lance (Emile Hirsch) are working together in a road-painting crew, and the pairing is not working out. Their attitudes toward the job and being out in nature are distinctly at odds, as Alvin claims to find happiness in being alone out there, while Lance gets increasingly frustrated with his condescending attitude. The tension between them finally comes to a head, but after having it out, they seem to find some common ground and realize that this pairing could be a great chance for friendship.

David Gordon Green (Pineapple Express) has written and directed a gorgeously filmed movie here. Particularly, Prince Avalanche brings out the beauty of the natural landscape that Alvin and Lance find themselves in. Some moments of truly absurd humor (plus, it would seem, at least one fart joke) promise some good laughs, and yet a pervading sense of melancholy makes itself felt in several scenes as well. The pairing of Rudd and Hirsch is unexpected, but it looks like it pays off quite well.