The Music of The Boss Unites Fans in “Springsteen & I” 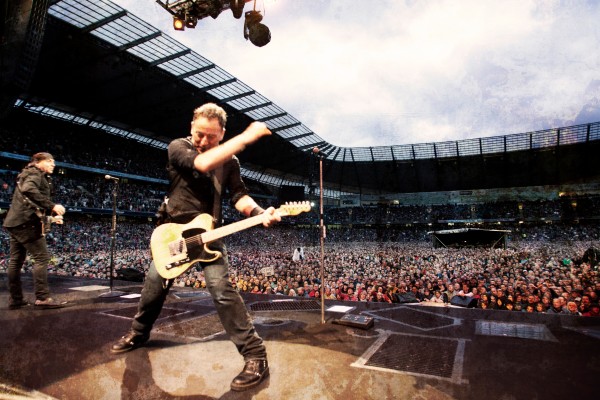 Over a career that spans 40 years, Bruce Springsteen has sold over 120 million albums and won numerous Grammy Awards. But, in the end, what does that all mean? The new documentary Springsteen & I seeks to address that question by using footage submitted from more than 2000 fans around the world. Taking a unique approach to the subject, this documentary shows everyday fans talking about their experiences with Springsteen’s music, and what it means to them.

The film mixes these confessionals of fans with performance footage from myriad concerts throughout Springsteen’s career. Not only does the film show the passion and emotion of the fans of Springsteen’s music, but it also works as a heartfelt “Thank You” from those fans to The Boss. And, in the end, that is really how musicians should be judged: by the way they have touched the people who support them and their music. Judging from this preview, it would seem that Bruce Springsteen is one of the best musicians out there.

Springsteen & I will play in selected theaters throughout the U.S. on July 22nd and 30th.