Sarah Polley gets personal with her new movie, “Stories We Tell”. 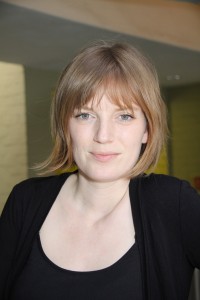 Written and directed by Oscar nominee Sarah Polley, Stories We Tell is a new documentary that offers a fresh take on the genre. Polley focuses the camera on her own family and friends, interviewing them about memories of her deceased mother. Contradicting stories by the subjects reveals long lost secrets and shows the power of perspective when it comes to the art of storytelling.  Polley spoke candidly about how she saw her role as the filmmaker.

“I saw my role in the film as the investigator and to be with the audience discovering this and trying to capture it and construct it out of everybody else’s versions.  There isn’t a ‘voice of God’ voice-over that talks about my feelings and impressions, if that’s all confessional, mostly because it felt like, while maybe other people found it interesting, it felt besides the point of what I was trying to achieve.  So my role in the film really is, you see me constructing the film and putting together the story.  I didn’t want to leave that out because it would feel false, too, since the film is about storytelling, to leave out the very subjective process of putting together this film.”

A movie with a story as personal as this, Polley hopes viewers will see a bit of their own family while watching hers on screen. The real reward for the filmmaker is when the audience recalls their own experiences, and a connection is made.

“That’s been the richest part of the whole experience of making the film, to be honest, is to hear other peoples’ family stories because I find them fascinating and I’m thrilled that people come out thinking about their own families instead of mine.  For me, usually the process of releasing a film, even if you’re talking to really smart journalists, you find yourself repeating yourself and you often find yourself [spending] half-an-hour or ten minutes with a really interesting person and you find out nothing about them, and you walk away feeling hollow and empty and like a bad person.  So it’s been great that people have felt like they can talk about their own lives instead of just mine.” 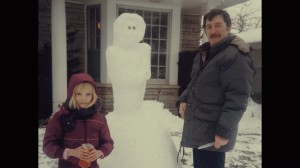