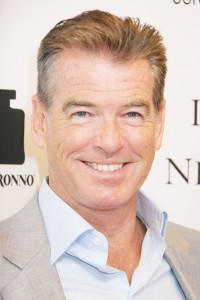 Danish director Susanne Bier’s new film, Love is All You Need, takes place in Italy. It follows a hairdresser, played by actress Trine Dryholm, who has lost her hair to cancer. While she is traveling in Italy for her daughter’s wedding, she meets a bitter widower who still blames the world for the death of his wife. Brosnan, who lost his first wife to cancer, describes why he chose such a personal role.

“Oh, I would say yes. I mean, this script touched my heart. I was acutely aware of the similarities of my life and this man’s life. How could I not be? I know something of losing a wife, of being a father, being a single parent. So if not now, when? The piece found me at the right time in life. Middle age and celebrating that, as a man and an actor. And then the story was just so beguiling and beautiful. So one sets forth with the best intentions to make a film that touches people’s hearts and be entertaining.”

The message of the film is conveyed in the title. We asked Brosnan if love really is all that we need.

“I think it is an essential part of our existence as human beings. Of course it is. Without it, where would we be? I think love, and only love. There is so little of it when you look at the news and you read the news of the world, there seems to be kind of devastation, shaming within our societies. Brutality with respect of each other’s countries and religions. So, yes.”

The film has an international feel to it, but deals with human experiences that transcend borders. Bronson feels that speaks to the strength of movie’s emotional storyline.

“This film is a cross-pollinated film for certain. It’s Danish, has an Irish actor, taking place in Italy. I think it is a testament to Susanne Bier writing skills, her sensitivity and intuition to making a movie like this, about a woman with breast cancer and man who is a widower. It’s certainly a film that has the heart and soul for longevity and to be appreciated for many years to come.” 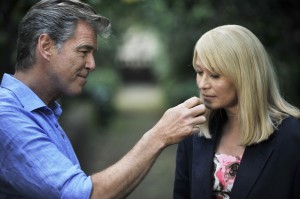 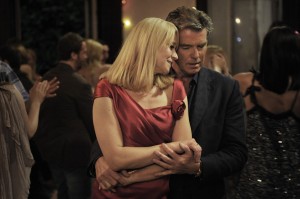