The Adventures of Harrison Ford-Actor, Activist, Dog Lover, and Dad Answers His Call of the Wild 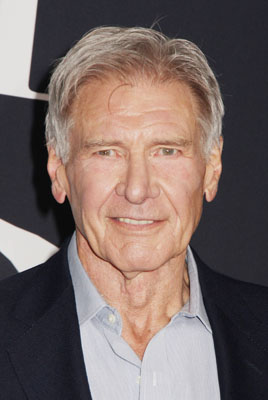 As fans and readers, you see your favorite stars on a cover or click on an online article to get the latest scoop, new photos, etc. And as awesome as that usually is for you what you miss out on is the adventure every journalist has in putting together a piece you will enjoy. A story you will be inspired to share with your friends. For us, it all starts with receiving the confirmation to your interview request or the invite to attend a  roundtable interview. The anticipation of how your questions will go and the overall vibe you will have with the talent you are sitting down with.  And when that someone is the legendary actor Harrison Ford, and you look up and he’s sitting directly in front of you; well let’s just say I felt a little like I reached my Yukon and it was amazing.

Harrison plays John Thornton, a man with a tragic past that drives him to a life of isolation until he crosses paths with a dog named Buck who inspires John to embark on the outdoor adventure of a lifetime.

Q: What was it like acting opposite a human playing a dog?

Convincingly playing a dog, that human was. And it was fun. I hadn’t imagined quite how it was going to work. It seemed a little weird. But Terry Notary (actor) who stood in for the dog, is an accomplished actor and a gifted Cirque du Soleil gymnast. So he developed the skill to move like a dog and to help everyone organize their eyeline, where they were looking. And for me also. I had the opportunity to create an emotional relationship with the character that Terry Notary was playing. And we crossed some biological lines to get there, but it became second nature. It did feel a little funny at first to be scratching him behind the ears, but he got over it and so did I. It was very useful.

Q: As an environmental activist, what inspired you to work with this project?

Well I didn’t take the project as an environmental activist. I took the project as a father, as a member of a family. It was a story that I thought would make a good family film. And the character really was developed beyond the character’s presence, and in the book, to have a story that paralleled in many ways Buck’s (a dog) story. And while Buck is gaining the courage to accept the call of the wild, if you will, John Thornton (Harrison’s character) is finding the courage to go back and assume his domestic responsibilities. To go back and face the complications of his life, which sadly he doesn’t get the chance to do. But the resolution is there in context to the relationship to Buck. I thought that was important and interesting. And that was something we developed in the script as we went, before we started. It was one of my ambitions for one of our early rewrites, is to strengthen that, and to focus that story. But again, I mean, certainly my disposition towards nature is a part of my personality, but I didn’t use that to motivate my choice of this film. I just thought it was going to be a good movie, be a good character, be an interesting challenge. 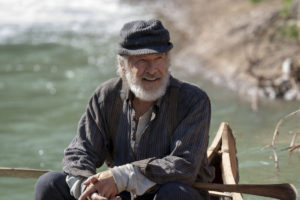 Q: At this point of your life, what motivates you?

What motivates me is what has always motivated me. The opportunity to wrestle with an intellectual problem. To take on the challenge without knowing if it’s going to work, but investing in it with others and trying to make it work. I love telling stories. I love hearing stories. I think stories are very important to our lives. And the stories we tell ourselves are very important, the choices we make about the kind of stories we want to hear. And storytelling is a service occupation. And if you want certain kind of stories, you’ll find them, if they are important enough to you. I mean they could be scratched on the wall of your cave, as originally stories were told. Pictographs in ancient times. But the stories are really important. And some of the stories we hear today are frauds. This is a positive story about courage, spirit, commitment, affinity, empathy, and the power of nature.

Q: As you think about the relationship character John has with Buck, in real life, do you have a fond moment or memory with an animal in your life?

Yeah, I probably had a dozen dogs in my life over my lifetime which has been considerable. And all of them have been important to me. What comes to mind is the passing of our fourteen year old dog, two summers ago. Kita. Thanks, I needed that. 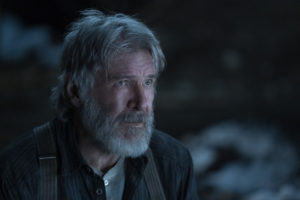 Q: What are the most memorable or crazy adventures you think you’ve taken in your life that you can talk to us about?

We like to take family trips and see not just cities, but cultures and nature and things that we are unfamiliar with. So we’ve took a twelve day family trip with some friends on the Colorado river through the Grand Canyon. Twelve days. No cell phones, no outside news, no contact with your life. Except the life that’s right in front of your eyes. And that was amazing. The power and the majesty of nature, the geology expressing age and drama, and it’s just fantastic. And I just came back from a diving trip with my son and my wife in Bonaire, which is off the coast of Venezuela. Underwater, seeing the incredible natural world. And seeing damage to the reefs caused by fertilizer that flows off golf courses and lawns, and bleaching of coral because of the warming ocean. But you’re seeing the majesty of nature, you’re seeing the force of life. To me God and nature are the same thing. You can assign names to it, you can create valuable stories around it. But both of them, the essential thing is that, it’s the beauty. The power, the majesty of the intricate relationships between living things that is inexplicable without either God or nature. 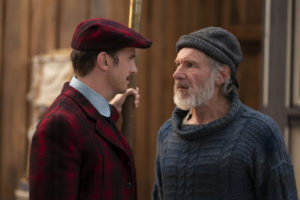 Q: What is your new project?

Q: How do you hope this story inspires people to be better, to do more?

I think that any emotional exercise, any opportunity to experience your common humanity with other people that you don’t know. That don’t look like you, that don’t act like you, that think other things, that live other places. They’re a different color or different instinctual behavior. That’s what makes us human. That’s what reminds us that it’s not just about us, it’s about all of us.

Q: You’re not into the Oscars or regular stuff that most actors pay attention to. Do you see acting more as a responsibility?

Q: What is your favorite part of the world?

Wherever I am. I mean seriously. I like being home. But I also, it’s very exciting to see things you haven’t seen before. Smell things you can’t identify, see cultures that you haven’t participated in. I mean traveling’s fantastic. I enjoy it.

Q: How was your experience in Mexico last week?

It was fantastic, except that Mexico City has got to stop. This traffic. It’s just kind of crazy, crazy. But the people are, I mean this insane issue that we’re having with immigration and Mexico is just beyond comprehension. It’s a false narrative that we’re being sold. And it’s so easy to see through what’s being done, what’s being voiced on us. And the Mexican people, it’s a beautiful culture. It’s a wonderful place to be. I love it, I love Mexico.

The Call of the Wild is available digital streaming and more!

For more info on the film, theatre locations, and ticket info please visit the film’s official website at, https://family.foxmovies.com/movies/call-of-the-wild