Wanna know more about “Onward”? Star Chris Pratt Gets in Touch with Brotherhood and Sofa Selection 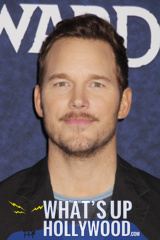 As a person who belongs to the five feet tall club and interviews people for a living, I cannot tell you how many times I have had to do my interviews on couches that either I was too short for or that felt like they were meant for magazine covers and not for sitting, so I  know the look, the look where someone is trying to not allow your discomfort to interrupt your concentration and it’s the same look I’m seeing on the face of Chris Pratt, voice-over costar of the new Disney-Pixar film, Onward.  As the cast got seated for our press event, I could see it in his eyes. Even at 6’2″ tall he is too short for the couch they had him set up on, and the more he tried to ignore the discomfort the more it became apparent I had met my sofa soul mate and even though today I was seated with the rest of the media, we were in this together.

Q: Could you talk about your characters in your own words?

These couches are really nice looking. I don’t know who made them, but this is built for somebody who has a room that no one will ever sit in.  This is a couch for a very rich person, because as soon as someone sits in this couch, it would be like “Darn, let’s take this back. Let’s get rid of this couch.”  Uh, so just a quick criticism of the couch before I open [laughs].

One thing that I really like in seeing, and I’m not sure that was ever intentional or if I just noticed this while watching the movie, but it was a note that Dan (Dan Scanlon, director, writer)  gave me that was actually against my own instinct, but I’m very glad that we went with what he wanted to on this, which was Barley (the character voiced by Chris Pratt) was never jealous of the fact that he didn’t have the magic gift.  And I think that to me, I didn’t realize until seeing the movie was very similar to my own relationship with my brother, in which I was the Ian (younger brother of Barley voiced by Tom Holland). I was the younger brother. I was Ian and my brother was Barley. And my brother for instance always wanted to be an actor. He was an actor. He did plays.  The first time I ever saw my mom cry was watching him do a play. He was a Pooh Bear in the first grade, Christmas play, and I was like “Wow, that’s amazing. Being an actor is awesome. I wanna be an actor.” My brother did all of these assemblies in high school, and so I like followed his footsteps. I did all of the assemblies. Anyways, he went in the army, he didn’t become an actor, but I became an actor, and there was that moment where Barley realizes that Ian has the gift. And he comes in, and the line… My instinct, I was like “Do you think Barley wishes that he had the magic gift? Because he’s the one who loves magic, he wasn’t able to do this, but his younger brother was.” And I think this was really the heart of the film, is like he loves his brother so much that he’s just so proud of him that he has this gift, that he’s been given this gift. And when I saw that in the movie how it was expressed, it really made me appreciate how my brother was with me because he’s my whole life, he’s always only, and during my career, only ever been super encouraging and positive about what I’ve been able to do as an actor, and I think that’s what makes this brotherhood and this relationship so special and it’s why grown men come up to me and say, “Wow. I really was moved. I really cried. This is like Field of Dreams, a Radio Flyer to me.” 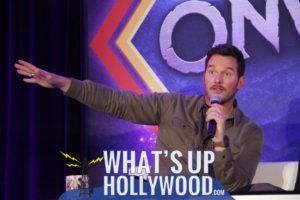 And the reason why is because it celebrates a love between two brothers and their brotherhood. And that oftentimes is not something you see in movies. What you see is the older brother who doesn’t let the younger brother hang out with him, who doesn’t take him to school, who says, “Get out of here, nerd. Get out here, twerp.” It’s like that contentious brotherhood. You see that all the time. It’s kind of a caricature of what real relationships are with brothers because the truth is brothers love each other. And so I love that. I’ve really liked it. And I identify probably more with Ian, in terms of my own relationship with my brother, but I really loved that moment. I’m glad that you stuck with that because that’s great and your instincts are ringing through all the time. I’m always bullying directors into doing what I want them to do, and I couldn’t do that with him, and he just made me do exactly what he wanted all the time.

I could list for days the things that I learned from my brother, but it’s hard for me to think of anything I might’ve taught him.  I’m gonna call him immediately and make him tell me the things… You know, I always… I would literally wear his clothes the day after he wore them and I’d pick them up off of his floor and put his clothes on because he had nice smelling cologne and he knew he had style, he knew how to match his clothes and stuff. I still don’t know how to do that.  Stylist does it all the time. I have no idea how to do that. And, till we started going to the same school and I caught up in age I was like a freshman when he was a junior, and his friend started to notice and he kindly said, “Hey, man, I think you need to stop wearing my clothes the day after me because my friends are noticing that.” And so like it’s hard for me to imagine what anything that I’m about to say I know my first instinct was like “Be yourself and be comfortable with who you are.” And I’m like “I didn’t teach (him), he taught me, he told me that all the time.” So like I can’t think of anything that I know that he didn’t teach me or maybe…I’d have to ask him, but he’ll probably say, “Nothing. You didn’t teach me anything. I taught you everything you know.”  And it’d be true.

Q: Any last comments on the couch?

No.  I’m just kidding.  I think this couch is lovely. Well, I’ll tell you the problem with this couch. It’s designed for like a NBA player. Like no one’s femurs are as long as this. So if I wanna sit with my legs touching the floor, my back’s not touching the couch. I’m like “How am I gonna do this?” The proportions are stupid. It’s like I have to be Kareem Abdul-Jabbar to sit at this couch comfortably.  And now I have to sit like this, and I’m mostly concerned because, you know, there’s a bunch of cameras. It’s a terrible angle. To shoot-I don’t know who came up with this couch, hopefully you’re in this room and you feel shame. That’s all. That’s gonna be my only hope.