The “Arrival” of Screenwriter, Eric Heisserer 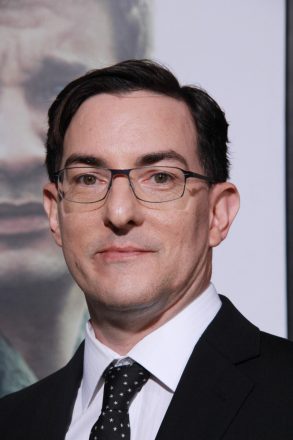 In Arrival, screenwriter Eric Heisserer adapts Ted Chiang’s short story into the feature film starring Amy Adams, Jeremy Renner, and Forest Whitaker. Heisserer shares what it was like to work with Denis Villeneuve (Arrival director), let’s us peak into his past with his father, and enlightens us on the meaning behind the mysterious Mandarin phrase. 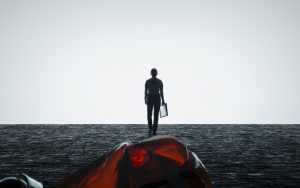 How challenging was it for you to adapt Ted Chiang’s story?

Having made my own opportunity to write this on spec, I wrote this in a vacuum. I was in my own R & D chamber. I got to blow it up and shrink it down as often as I needed to. I refined that bright space for it. Even then, it stayed big. We had more scenes (and) that helped integrate more scenes, all the way through to post production. I think the first cut was 3 hours. There was plenty of other stuff that Denis and the editor slowly pulled out to find more aerodynamic stuff. Yes there are so many great things I’m passionate about. I love superiority of war and base theorem applied to global population. I got to explore that in detail and hang around people way smarter than I am. Tackling a challenge like that is larger than life.

Was it hard to get the right calibration of horror and sci-fi?

The early draft had no horror in it at all. There was awe and there was mystery, but the terror existed in the characters’ reaction, not the phenomenal, but not in reaction to the phenomenal itself. That’s the keen line I was trying to draw, simply because I was fatigued from doing horror for so long. I really can’t be monogamous to one genre and I was dying to do something that isn’t drama. I was probably forcing that away. Then when I got someone like Denis who was so fascinated by procedure, we got to spend more real estate on that suspense and tension of, “What’s going to happen? Are we going to die?” 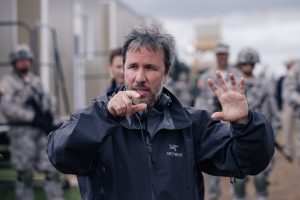 Did you have input into the writing that Denis could visualize and put to a screen?

I think there was another layer of trust to this that wouldn’t have happened had I not directed horror. I passed an invisible test there. This is the first script where I put in graphics. I’d already started doing some of that visual work for him and his team as a spring board. I don’t think I’d be as emboldened to present that to him if he wasn’t so respectful. 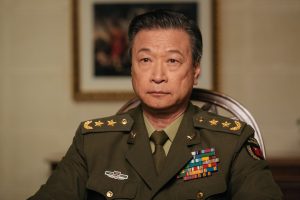 What did Louise (the character Dr. Louise Banks played by Amy Adams) say to General Shang (Chinese General played by Tzi Ma) in Mandarin? It seemed to not make any sense to native speakers.

There’s a funny story in this. It was great. For the longest time it said something in the script that Louise said, “Something in Mandarin to General Shang.” It was about three months to shooting and I get a call from Denis. (In Denis’s voice) “Eric, what is this line? What is she saying? There’s a woman who speaks Mandarin here, a translator. Amy needs to know what she’s going to say. Eric, this line saves the world. This is the most important line in the whole movie.” Weeks and weeks kept passing, I send another, and another. He does this thing, “Eric you’re a wonderful person, this is terrible.” In the same breath, he does this to everyone. I’m sure he does it to actors. “Amy you’re beautiful human being. That was terrible I don’t believe you.” You just have to roll with it. Whenever he goes, “I deeply love this.” Then great, I’ve achieved Nirvana, I’ve hit the sweet spot. If he goes, “okay, okay.” It’s not good enough. Finally he says, “Eric, I deeply love this line. This will save the Earth, thank you.” I was like, “Oh thank god.”

So I’m in Toronto, and I’m seeing the film for the first time, and that scoundrel doesn’t use subtitles. Which is why I’m like, “Denis come on!” I was so frustrated. I totally get it, but it was my personal journey. He understood, but nobody else matters. The wife’s dying words were, “In war there are no winners, only widows.” That was the line in English that we gave our translator. We told her to make it as artful as possible but that was the line. 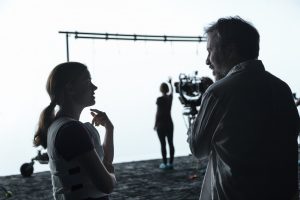 You come from an interesting line of storytellers, like your father who was a historian.

He used to put me to sleep growing up. Grown up me is like, “Wow!” My dad was an ancient history professor for 30 years and he would go on sabbatical every other year. I would come along as his little intrepid assistant. 12 year-old me was like, “whatever dad.” I would be in the backs of basements holding pressing paper inscriptions as he would do the rubbings and translate them. Now I think, “What was I saying?” He’s one of three experts on Alexander the Great, and still (receives) photos from dig sites saying, “Can you authenticate this and verify if it was from the time of Alexander the Great?” My first experience with superior war hypothesis was from my dad. He would do little flash cards for himself. He knew 6 or 7 languages by brushing up on another.

He would have little flash cards with Aramaic one side and German on the other. That’s how he’d learn. I remember he was deep in one of those things and he’d pick me up from school. I asked, “Are we doing something for dinner?” He looked at me and blinked, “did you say dinner?” I realized he had to switch back to English.

I find it really interesting that you did something with a disease. How did you come to this choice?

It’s where the author and I deviate from where the message of the story, whether or not he believes it is how Louise embraces the inevitable. She has no free will, and no way to call and warn her daughter, “don’t go on this climbing thing, you’re going to die.” That would be an easy answer to this especially in the cinematic version. I found it much more profound if she knew her daughter had an incurable disease, and makes the choice having known that. 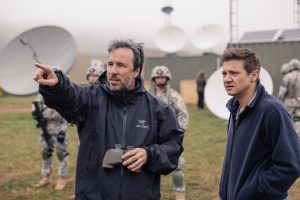 Did you write the script in a linear fashion or “chapterize” it?

I needed to write it as close to the story, because I discovered early on that the short story bounces you back and forth right away a lot. I couldn’t do that because she hadn’t met the aliens and had time fugues. That meant that, aside from the opener that is taking place later, I couldn’t start that process until about mid-way through. It kind of built into a logarithmic scale because the more she got invested in this language, the more it happened to her. Whereas Ted’s story doesn’t explore the psychological effects that it has on Louise when this happens. I did. At one point, she asks her daughter, “What day is it?” Because now she’s travelling back and forth, and she can’t keep up with what timeline she is. She becomes more aware as it gets more and more frequent, up to the point where she can’t remember where she has been. That’s why the general Shang thing is a paradox.

Was that a hard choice to make for you?

That’s why the non-zero sum game was so important for us. It shows her affecting her timeline and coming back right when she needed to, to tell her daughter the answer. Amy’s phenomenal performance lets you see it all in her face. 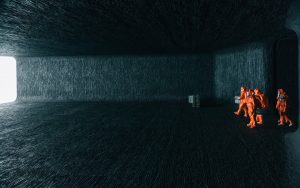 How did you envision the scene where Amy goes through the wall?

In the drafts, I had her grab an oxygen mask. She was in a more spherical chamber that was actually a library. It was more of a heptapod that gave her the entire history of the race. One of the key pieces was Costello the heptapod, in response to the question of, “Why are you here?” “We are here to return the favor.” That reveals that heptapods live a whole lot longer than we do. They can look into their future in 300 years. So when one dies, that’s incredibly significant. They’re giving up millennia of life to sacrifice, knowing that doing so gives us the gift for humanity to save their race hundreds of years from now. This is way deeper than you probably wanted to go.

Arrival is currently in theaters