“The Overnight” star Taylor Schilling couldn’t stop laughing during shooting: “I actually had the giggles, and they had to use it” 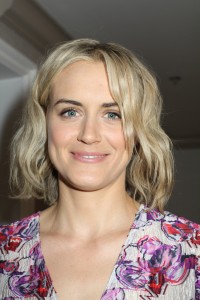 Orange Is the New Black star Taylor Schilling used her first hiatus to film this strange comedy indie film, The Overnight.  I first interviewed her at a set visit for The Lucky One. At the time, she hadn’t made a name for herself yet, but now she is a TV star. It is fun to witness someone making such strides with their career. Taylor hasn’t changed her down-to-earth personality since then though. She gave me her honest feelings just like before, including answers to your questions. 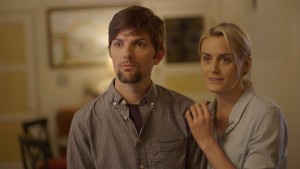 Q: How did you keep a straight face while on the set?

I feel that I earned my stripes on this a little bit. I was terrible. Terrible! I laughed a lot. The guys just kept going but I actually had the giggles, and they had to use it. It was sort of a different vibe than I’d worked on in a while. It was fun. 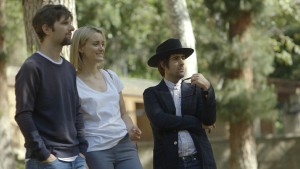 Q: What was hilarious to shoot?

I honestly think there were parts of every single scene that we shot that I was inappropriately laughing. So, thanks everybody. Thanks to them for holding me up. 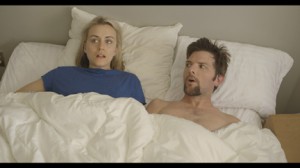 Q: How was it shooting a film in 11 days? How did this work into your schedule with Orange Is the New Black?

This was shot during my first hiatus. The hiatus I’m on right now is my second. It was easy because we shot for 11 days, and we had scheduled it far enough in advance that I was able to move it around with other press responsibilities. 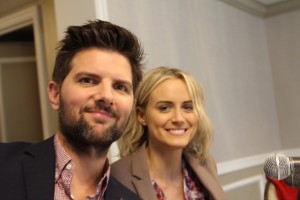 Q: What’s your favorite thing about your co-star Adam Scott who played your husband in this film?

What do I like about Adam? It is an interesting thing. Whenever you meet somebody, it’s a funny thing about chemistry. It’s a very nebulous thing. It is cool. I like that about my job. I get a chance to meet new people and when it works, it’s like, “Oh, there’s a kindred fellow on this path!” And then you have this necklace of people with whom you have this connection with. It’s quite intimate. 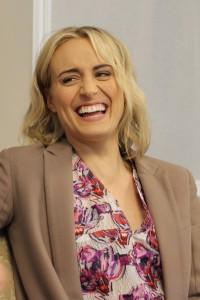 Q: Did you stay at a prison overnight?

No. I visited. Before we started the first season, I had made a decision not to go to any prisons. But before shooting the second season—about the time we finished shooting The Overnight—I spent some time at Rikers (Island, a prison in New York) with Piper Kerman, who is the real Piper.

The Overnight opens in theaters on June 19th.