“Entourage” star Haley Joel Osment reveals bond with Billy Bob Thornton who plays his dad: “We like to talk about baseball a lot because I’m a Dodgers fan and he’s a Cardinals fan” 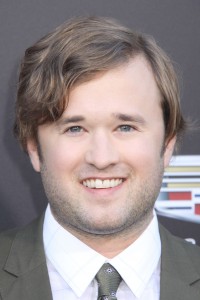 Former child actor, now grown young actor, Haley Joel Osment joined an already strongly bonded group with Entourage. He plays a wannabe Hollywood guy and is a breath of fresh air in the spoofing of Hollywood, a.k.a. Entourage. What does he think of his character and the concept of Entourage (guys going everywhere together with their famous friend)? And I was lucky enough to grab him for an exclusive interview right after this press conference. 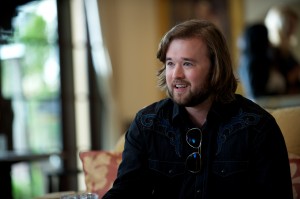 Q: Can you talk about the effect Entourage has had?

(Being) the only person up here who wasn’t a participant in the original series, it was amazing to see and to understand a little more once I got on the set how influential it had been in people who weren’t working in Hollywood. Just friends of mine who were working in tech companies, the whole attitude, jut the feeling of Entourage 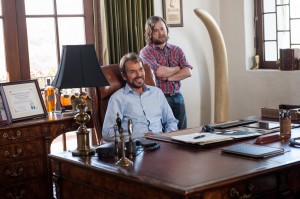 was so influential in how people who were trying to achieve their dreams behaved and spoke to one another.

There is this understanding of the show that because you like these characters so much, you feel like everything is always going great for them. There are quite a lot of rises and falls for Vince’s career that were really entertaining throughout the show. The show’s about friendship, they can’t help it, usually living together and around each other. 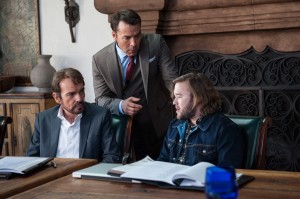 Q: How was it working with Billy Bob Thornton who played your dad?

Terrific. He is fantastic. He’s a lot of fun to work with.

Q: Did you have time to hang out with him, to have dinner together or something to create the father-son bond?

We like to talk about baseball a lot because I’m a Dodgers fan and he’s a Cardinals fan. He’s very funny and really fun to work with.

Q: Your Southern accent is good.

Thank you. Yeah, my parents are both from Alabama. It’s a little bit in my DNA.