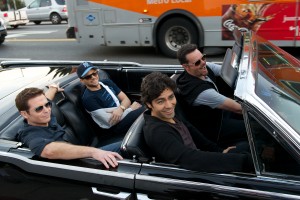 I have always wondered why people have entourages. What is the benefit? They never think it is too much and need space? So I took the chance to ask people who are involved with Entourage. 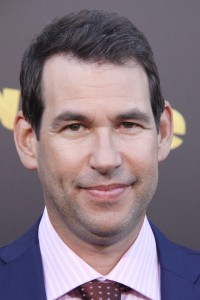 Doug Ellin: The premise of an entourage, the reason you see it with so many athletes and movie stars — which is why they really relate to this — when someone makes it like Vincent Chase makes it, the bottom feeders just come out. And they just reach for them and try to take everything from them. I think especially for guys, or women who have come from humble beginnings, they want to surround themselves around the people that were there for them when they had nothing because they know they can count on them and trust them. It is about surrounding yourself around people you can trust. 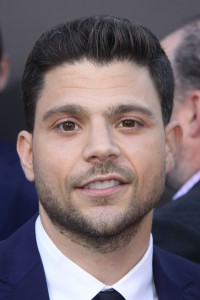 Jerry Ferrara: For men and women that’s a big wish fulfillment, that life would allow you to just wake up every single day and be like, “All right, where are my four friends that I grew up with?” I wish that could be the case. Doug did such a good job. I would trade places with that part of the show. 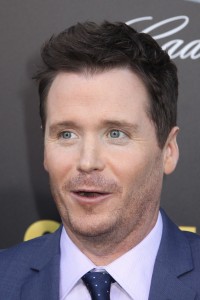 Kevin Connolly: We’re also a team, we work together, literally work together. I work for Vince. We’re one unit. To spend that kind of time together, we’re basically a giant corporation with different positions. 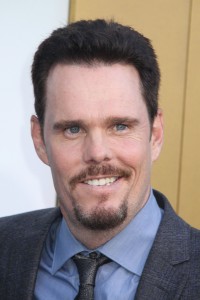 Kevin Dillon: We all have our place, we like to hang together. We don’t have nine to five jobs. What else are we going to do? “What are you guys up to? I’ll come join you.” I actually do that with my friends. 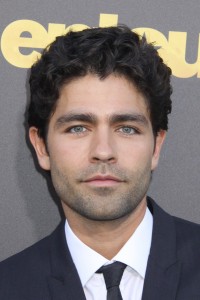 Adrian Grenier: In the later seasons of the show, we actually spent less and less time together in the scenes and we had our own story lines. It was really refreshing to go back to that in the movie. I miss showing up and seeing these guys (points to Doug and Kevin Dillon) and knowing we’ll have this one or walk and talk because there’s such an ease to being able to act off of them. It was nice that Doug announced we were going back to an earlier vibe and trying to get back to some of the group antics.

Kevin Connolly: The movie goes back to seasons one, two when we’re together every second.