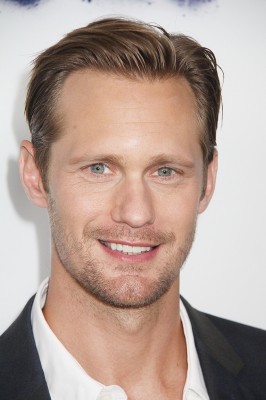 Busy, handsome actor Alexander Skarsgard plays Benji, a leader of The East which is a guerilla activity group. Since he receives so many scripts and he has limited time during his hiatus of True Blood, what made him pick this film?

I read the script and I was wrapping up True Blood. I had read about 50-60 scripts – some okay, some pretty good, some mediocre, some terrible. Then I got this and I was just blown away. It’s such a great, great story. Interesting characters. Someone I hadn’t played before. A world that was very interesting to me and felt very relevant and important without being preachy or didactic. I didn’t know them personally. It was Fourth of July and I was down in San Diego and read it and immediately called my agents and said, ‘I love this. Can I meet them?’

Alex concentrates film projects in his hiatus and he had only three days for this film after shooting another film. So his preparation and research were very concentrated and included reading books and watching documentaries about The Weather Underground and other groups. He talked about how he created his character, Benji.

One thing that inspired me so much was images. Mike Brodie is a photographer who spent about eight years train hopping with his friend. He took amazing pictures of that. He just had an exhibition here in LA. To me, it was something about his friends that he shot on those trains – how they interact with each other – that felt like Benji and this group. In a way that’s how I creatively started with the process of who Benji was. 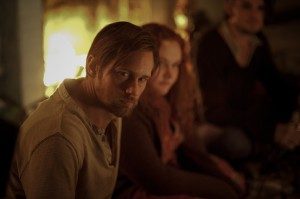 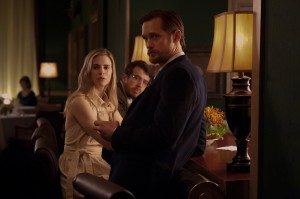