“Trumbo” star Bryan Cranston says, “This was A-plus on both of those (a great story and script)” 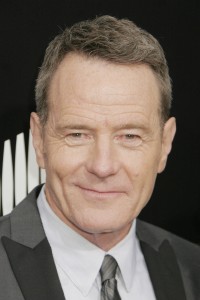 Breaking Bad alumnus Bryan Cranston who collected Emmy statues also has done great work in his new film, Trumbo. Now he aims to get an Oscar statue playing the very talented screenwriter Dalton Trumbo, a member of the “Hollywood 10.” What was Bryan’s reaction when he first got this script? And he talked about the physical challenges for this film with stripping again (since Breaking Bad) and showing his skin while soaking in a bathtub plus smoking cigarettes almost the entire film. 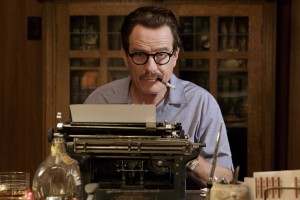 Q: When you got the script, what was your first impression?

The script is always the first thing that attracts an actor, the story and the script that supports it. And they don’t often go together. Sometimes you have a great story and the script kind of falls short of realizing the full potential, or vice versa. This was A-plus on both of those. I always then look at the character, and this character was phenomenal. It was huge and dangerous and scary and all that, and important. The next is the director and the other cast, who else you’ll be playing with. It’s an important factor to take into consideration. Does the director have the sensibility and sensitivity to explore, and to be able to navigate a bunch of actors with different ways of approaching the work? There’s no one-size-fits-all. It takes a very sensitive, insightful person to do that. [Quips] Despite his lack of those qualities… we looked for that. Couldn’t find it. So in talking to Jay, it was an easy “yes” for me. 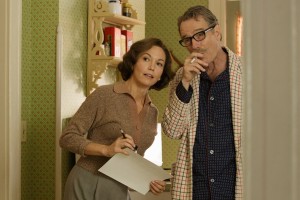 Q: What was the most challenging part for you in this film since you smoke a lot, and soak in the bath for long hours?

The challenge of working in a bathtub is not to get pruney fingers, not to drink too much before you get into the bathtub. You know what I mean? It becomes very pragmatic when you think about it. And also, after a while, staying in there for about an hour, or two, or three or whatever it was, and then kind of sheepishly asking, “Can I have another bucket of hot water?” Because the bathtubs we used, they weren’t a part of those bathrooms. We brought those tubs in so we just plugged up the drain and they had to fill it with hopefully hot soapy water and then you discreetly place that desk so that no one sees something they shouldn’t. Believe me no one should see this. 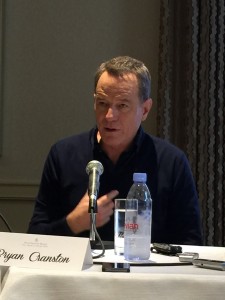 Q: So the bathtub was the most challenging?

The bathtub. You mentioned bathtub, I thought you wanted to know specifically what it was like to work in a bathtub. The cigarettes… I stupidly thought, “Well, I’ll definitely not smoke real cigarettes because then I’ll protect myself from ingesting nicotine and tar and all the carcinogens.” But then I realized I’m still inhaling smoke, I’m still smoking these herbal cigarettes. And there were many times when we were looking for places that, “Oh man, maybe I don’t have to smoke in this.” But if you have a cigarette in your hand and you’re playing that character, even if you are off screen, I’m not focusing on not inhaling, I’m focusing on doing the scene, and so I catch myself inhaling even off screen. So it became an issue a little bit, getting hoarse and not feeling great. But Mitzi and Niki said, oh, their dad was a chimney. He often lit one to the other as we’ve known some people to do that. So it was a challenge, more of a physical challenge.