Turns out Harry Styles can go more than one direction as he co-stars in his first film, “Dunkirk.”. 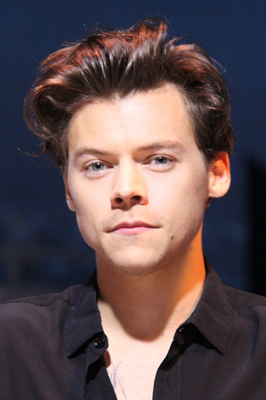 Harry Styles is the one of the hottest names in Hollywood, but many thought his career had simply one direction, literally and figuratively. However, the young singer-songwriter from the uber popular boy band, One Direction has made some big changes in his career by first stepping away from the group to release his first solo project earlier this year titled Sign of the Times and is now turning heads by momentarily putting down the mic and picking up a script to co-star in the new film, Dunkirk.

We chat with the young Mr. Styles on the reason he chose to add acting to his resume and what it was like to work with the legendary Christopher Nolan. 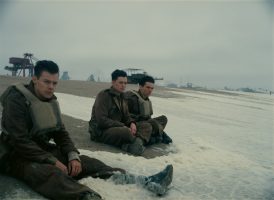 Q: This is your acting debut but your role is a supporting role; why did you decide this was a way for you to go instead of a lead role?

I think for me, when I first heard about Chris (Christopher Nolan, director and writer) making this film, I was already excited to watch it. I think it’s something I would have been excited for have I had absolutely no involvement. I think other than the urge to wanting to get involved with it and try to do anything to be a part of it. I can’t say I thought too much about it. Being on Chris’ set he is so passionate about it and it’s so infectious and creates this environment where everyone, cast and crew, has one focus and it’s doing the best for him and doing the best for the film and making it as good as it could possibly be. I don’t think there is really any room to think about anything too personal with that. I think everyone has the same goal and that’s to do their part for the film really. 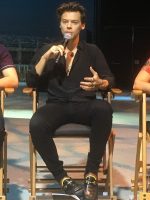 Q: How did you prepare for your role and what did you learn from your fellow cast members?

I think being on a set like this is it’s hard to not be always learning. I feel like being around people that you are a fan of just feels like a privilege and you try to soak up as much of that as possible. Like Mark (Mark Rylance. Played Mr. Dawson) mentioned, Chris has this way, he’s not really controlling you and I think it gives you confidence to be as natural as you possibly can. You never feel like you are trying to kind of hit too many notes at the same time. He never has you overthinking stuff. I felt very luck to be on the set of a man that I am personally a fan of his. Work with a group of actors that I am a fan of their work too. I just felt very grateful to be involved really. 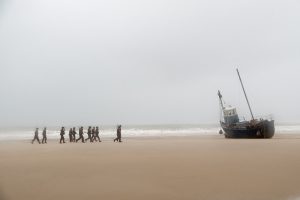 Q: There wasn’t a lot of dialogue in this movie, what does a Christopher Nolan script look like?

I think the thing with Chris’ script is it’s the same across all of his movies. They lend themselves to multiple viewings and I feel like you learn new things each time you watch it. I feel like it’s very much the same. I felt when reading the script, you learn new things and found new things that you are excited about within it. I think that once you get your head around it, because it’s so technical, you enjoy it more and more the more times you read it which is obviously amazing. 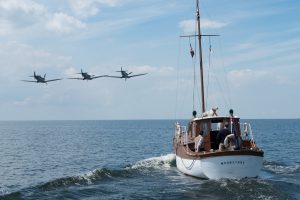 Q: What’s the best note you got from Mr. Nolan?

I think Chris creates this world around you where you don’t have to act too much. A lot of it is reacting as much as anyone can possibly help you to be in a situation, he creates that for you. I think it’s just not overthinking it and don’t think about acting too much is the best thing. Chris puts you at ease in terms of say what you need to say and don’t overthink it. I think if you’re trying to act you don’t want to be overthinking anything. Chris just creates an environment on set where you’re not intimidated so much by the scale of everything that’s going on behind you. He makes it feel very intimate with you and the camera and it helps to not distract you and he is nice.

Q: What was your toughest physical scene?

It was terrible for me physically. I think the thing was that everyone on set was incredibly aware of however tough it got for us it was nothing compared to what was happening. I think the focus that we all had to do our jobs to try to be a part of telling the story. There wasn’t any room for personal discomfort or complaining. It’s also impossible to complain on a set where your director is going through the exact same thing as you. As Mark said, he’s not in a tent, he’s in the water with you, he’s in the sand with you, he’s cold. He’s the first on there and the last one to leave. I think if anyone thought about complaining they kind of where like, yeah they might not do that actually.