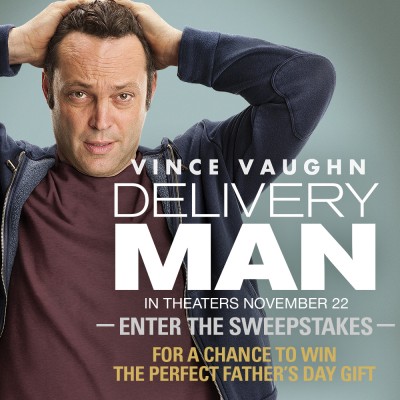 In the teaser trailer for “Delivery Man”, we see David (Vince Vaughn) get hit with a piece of overwhelming news: due to a mistake at a fertility clinic where he made a donation over 20 years ago, he is now the biological father of over 500 children.  Not only that, but these children are taking a case to court to find out who he is.  With a lawyer friend (Chris Pratt) by his side, how will this everyday slacker take on the reality that has befallen him?

“Delivery Man” is a remake of the 2011 Canadian film “Starbuck”.  Often, some of the nuances of foreign films, even those from just across the border, get lost in the Hollywood translation, but this film has the advantage of having “Starbuck” writer and director Ken Scott on board.  Scott is repeating both roles for “Delivery Man”, so fans of the original can expect “Delivery Man” to stay faithful to the source material.