Want have spell for sleep? Eddie Redmayne from “Fantastic Beasts: The Crimes of Grindelwald” 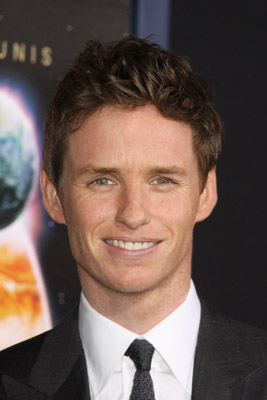 I still remember the first time I interviewed Eddie Redmayne. It was 2010 and he was doing a press junket for The Yellow Handkerchief. He was the new kid on the block, sitting next to Kristen Stewart who became mega star with Twilight. I was so impressed how this kid from England so flawlessly embraced the role of an American country boy. And remember thinking “One day, this young man will be a success in Hollywood“, and my assessment was spot on. Since then, Redmayne has been nominated for an Oscar two years in row, (2015 and 2016), won Best Actor in a Leading Role for playing Stephen Hawking in The Theory of Everything, he is the star of J.K. Rowling’s Fantastic Beast franchise, and has received the prestigious OBE (Order of the British Empire) recognition. He is also married with two beautiful children. Needless to say, Eddie’s life has been pretty fantastic since 2010 and we chat with him about his road up to this point as well as working with the incredible J.K. Rowling for his newest project, Fantastic Beasts: The Crimes of Grindelwald”

Q:What was the big surprise for part two?

As we found out two days ago when we all got off a plane to find that Jo (Author, J.K. Rowling) had tweeted the next film is something that is going to be set in Rio de Janeiro. We were like, oh, that’s cool!

Q: When we spoke with Jude about the skill sets of the wizards, he mentioned that your character had a strong skill set. What would you say makes Dumbledore (Albus Dumbledore, played by Jude Law) so special and unique as a wizard?

Well, because I think that what I love about Newt is that he’s not the greatest wizard in the world, but his skill set is so specific. I mean Tina and you caught Grindelwald (Gellert Grindelwald, played by Johnny Depp) at the end of the last film using like Newt has a distraction technique courtesy of this one.

Q: How was working with Jude Law?

He managed in that first look when it was his first day on set was when Newt and he see each other in that first time we looked over his shoulder, he managed to capture all of that gravitas and the CGI twinkle, it was amazing. 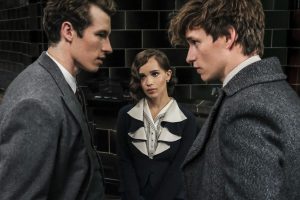 Q: Were you able to offer changes or script suggestions for your character?

Jo always writes script with great rigor and there’s extraordinary detail. But there are moments like, for example, I remember originally in the script we thought we were introduced to that character. But we wanted to sort of come up with the need to be one more moment of connection we felt between Zoe (Zoe Kravitz played Leta Lestrange) and Newt. So we put in that tiny little scene when he’s down in the case. So, I had this idea that like with cats, when there’s the thing of wool or like a mouse, they go, they can play with it, you know what I mean? And then they sort of pick it up and they play with it again and then they sort of begin to fiddle with it. So, we sort of came up with an idea collectively to show Newt’s relationship as he takes the thing. So, she just has this amazing thing by which, yes, she writes it and she writes it fully and thoroughly, but she allows us the freedom to play within that. 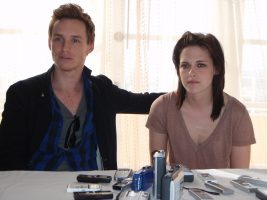 At the press junket for The Yellow Handkerchief (2010)

Q: I remember interviewing you 8 years ago for The Yellow Handkerchief when you were just starting out and since then you have been nominated and won awards, be given an OBE, and worked non-stop. When you look at what you have accomplished both professionally and personally what runs through your mind? And what are their thoughts on your success?

Well, at the moment, because my kids are like two and a half and eight months, people keep asking what’s enough? You could do real magic. What could it do? And I would just love the capacity just to just quick sleep spell. Just something, like encourage Luke my youngest, just to sleep through the night. Please. Or a nappy changing spell or something. 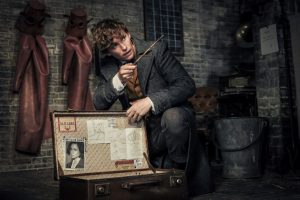 But…., I think at the moment really, it’s not about what we teach them. But a bit about what they’ve taught me. Like it’s just every day you learn something new and you have to sort of try and navigate a new path. But also, it’s that old actor’s cliché, when you started out acting, you never think you’re going to work again and it’s all about the next job and can you get the next job until you retain employment and all that sort of thing. And suddenly when you have a family, it’s like, do I really want to go to this part of the world? How good is the script, you know, am I willing to upheave my wife and my children’s life? And it’s my wife willing to read the script and her opinion? In order that we all shift together and move together. So that’s been quite sort of life changing.

Q: What have your children taught you?

They teach me about how to be patient because I’m like the least and it’s really interesting. I realize I’m the least patient, but also, they just open up like a part of your heart that perhaps you hadn’t had access before.

It’s a mixture, that it’s not as simple as black and white. That the use charm, the use of seemingly rational arguments to manipulate. Yeah, it is extraordinary.

Fantastic Beasts: The Crimes of Grindelwald is currently playing in theatres nationwide. For more info and theatre locations, on, please visit the film’s official  website at, https://www.fantasticbeasts.com/