While the path of true love never runs smooth, the story can be something special 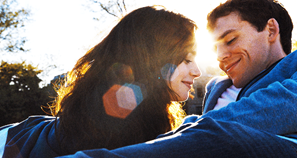 Love, Rosie is a romantic tale, directed by Christian Ditter, and based on the novel Where Rainbows End by Cecelia Ahern. Starring Lily Collins as Rosie, and Sam Claflin as Alex, this is the story of two children who are best friends and soul mates and understand each other like no one else. Then they grow up. Best friends as boy and girl and the innocence of childhood is one thing. 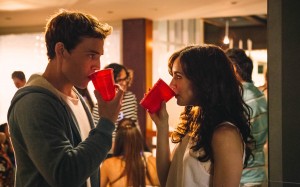 As Alex and Rosie blossom into young adulthood, outwardly they are still just best friends, but inwardly they are starting to wonder if there isn’t something much more between them. However, the path of true love never runs smooth, and this film takes this theme all the way. With the passions of youth come intense pride and willfulness. True love keeps missing its chances, often taking it to almost heartbreaking extremes if it weren’t for the fact that these two seem to want to push and test each other in a way that sometimes is almost infuriating. At first it’s in a childish way and therefore excusable. Later it’s the result of teenage inexperience and stupidity, understandable really. The use of some comic interludes and sad twists of irony throughout the movie give it a continued splash of color and keep it endlessly engaging. However, there are so many times in this film when Alex and Rosie keep missing their opportunity to be together and we can’t help but think that these two are bent on self-destruction like two characters in a Greek tragedy. 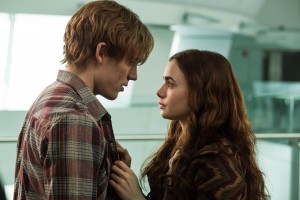 However, like all good love stories, the film is carried by the lead characters of Rosie and Alex. Both characters are very strong, very human and very believable. There is a real chemistry between Collins and Claflin that is heartwarming and sometimes sizzling and the viewer is hooked nicely to the very end by director Christian Ditter. We are always waiting for that moment that is tantalizingly close but just out of reach, when these star-crossed lovers will finally see that they are meant for each other and no one else. This tension simmers slowly beneath the surface and is maintained and balanced nicely in this provocative tale, occasionally bubbling up into something much more intense. 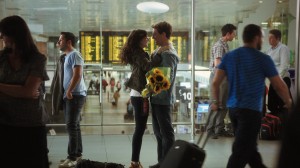 One of the great strengths of this movie is that in spite of the yearning for love and some cruel twists of fate, the characters are very real. Rosie’s family, her house, her parents, her bedroom, are all lived-in and believable. There are lots of good close-ups with moments of real tenderness and insight that are portrayed with heartwarming sensitivity. There are also some great characters such as Rosie’s father, played by Lorcan Cranitch, a lovable down-to-earth character who works as a doorman at a posh London hotel. He is the epitome of a loving dad who supports his daughter no matter what and believes in her and her dreams. Some good comedy is provided by Ruby, Rosie’s best friend, played by Jaime Winstone. Filmed in both Ireland and Canada, this movie is visually beautiful with some incredible color. It resonates throughout with the inspiring message to follow your heart and even though love may not arrive on time, it’s better late than never. Overall, a real breath of fresh air during these cynical times.

Love, Rosie opens in theaters and On Demand February 6th.