Did their bond grow stronger? Backstreet Boys talk about their experience making documentary film, “Backstreet Boys: Show ’Em What You’re Made Of” 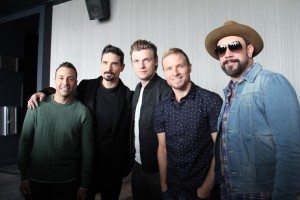 I knew some Backstreet Boys songs, but I never went to any of their concerts. I was just very neutral about them. But when I saw this film, I could see why they are so successful and who they are. I understand why people love them and then I became a fan of this band. I found out they are basically good Southern boys who became internationally famous. It is very interesting hearing what they think about making this documentary film and their wives’ reactions. Yes, I asked questions which you submitted! And check out the videos from the press conference at the end of the article!

Q: When I saw this film I could see that the bond you guys have is really strong. Through this experience, making the documentary film, what affects this bond and what are your wives’ reactions? 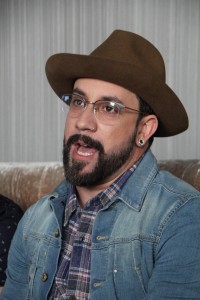 A.J McLean: It’s really funny. I talked to my wife this morning after we did the morning news and she told me she was getting teary eyed, and I was like, “We didn’t have that much of an emotional interview this morning.” But she got all choked up, and I was like, “Really, why?” And she’s been around with me for the past 6 years; she’s become family as all of our wives for each of us have become family. She’s like, “I know you guys now. You’re great men, you’re honest men, you’re very loyal men. You treat your families great, you treat your fans great. And to see what you’ve gone through and that you persevered is very emotional and you could have very easily thrown in the towel and you didn’t.” I’m looking forward to when my little girl is old enough to understand what’s going on and watch the movie. Be like, “If you really want to see what daddy went through, pop in the dvd or Blu-ray,” whatever it’s going to be, show her daddy’s life. It’s been a great experience to reminisce, to go back in time and kind of dig into that vault and kind of rekindle that flame again, and to get excited again and be more passionate and more goal oriented now and to know we have 20 or more years in this easily. As long as we’re having fun, the music’s there, and the fans want us to be around, we are going to do this as long as we can with the support of great wives, families and friends. We have a great support group. And amongst us five, we’ve been here for each other through hell and back. 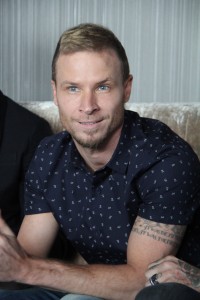 Brian Littrell: I was just going to add on it, in the beginning when we started this, it’s all about working together, being in a team. And then with success comes money, comes stuff, comes things. In a nutshell, we worked really hard together, but at the same time, there was also a developing and “interdeveloping” as a person, as an individual, because when you’re in a group, you kind of become everything that everybody else is around you. And so a turning point in our career was to focus on each other as individuals for a moment, which kind of sometimes pushes you apart. But at the end of the day, you realize that it’s all about that team because there is money and wives and kids and cars and places and things and stuff that can take you away from what’s really important, and that is at the end of the day, it comes down to us five. And I think that’s one key that we’ve always had. It doesn’t matter, problems or issues or wives or kids, it’s always been about the group. 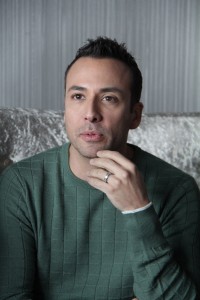 Howie Dorough: I was going to say, they asked me, “So are all of your wives in the movie? Are your families?” Actually the movie doesn’t have a lot of our outside personal lives. It wasn’t on purpose. We just naturally had so much just to tell, just the five of us, that it would have been hard, like a part 2 series. But I think we all used our families as soundboards, giving the cuts to my brothers and sisters, and I remember my wife to me was a very key person in my opinions on how the way I kind of viewed it, because my wife besides working with us at one point, she used to be in the film industry. She worked for Jerry Weintraub, the producer. So I would go a lot of times to her as a soundboard and say, “What do you think of this take?” There were a lot of times where she was very brutal and honest with me and said, “This movie sucks right now.” It was at the very beginning [laughs] and I’m like, “Great, I’m glad you weren’t in the movie.” But there’s definitely times where we went through like I said 3 or 4 or 5 different takes before it finally came to where it is now, and it was a lot of all of our inputs together going through the different scenes. I think where it is now from where it started, we’ve come so far. And I think now we have a really great job that they did, because I know that it’s hard to get that much information in an hour and 45 minutes, wherever we are at.

Q: What was the hardest part of the documentary to watch or the hardest memory that you had to revisit? 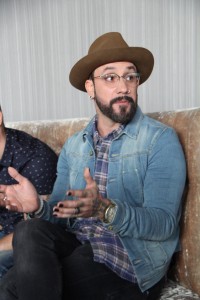 AJM: I think obviously the Lou stuff is still to this day a bit of a sensitive subject, for some of us. Some of us have made our peace with it. Some of us may not have yet. You can always forgive, you just can’t really forget. It’s always going to be a part of us. We’re very grateful and thankful for Lou; we wouldn’t be here if it wasn’t for Lou. And I think going back home and really digging up some of our old personalities, our old upbringing, and really seeing each other for who we are and why we tick the way that we tick is how… Howie has been saying in most interviews now, we all knew where each other was born, but we never physically went and felt the emotion for each other, and that was kind of toward the end of making this documentary. Kevin had made the suggestion to go back home, and we went everywhere in 5 days. It was a lot of emotion. It was very therapeutic. And I think we learned a lot more about each other that we didn’t know for the past 22 years, and I think it actually made us stronger. It made us more of a band. 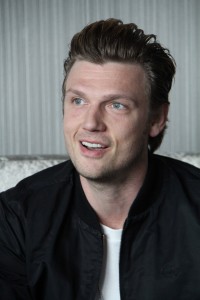 Nick Carter: It was hard for me to live though during that 5 day period, to experience and sort of live these other guys’ experiences in life and be explained it and told it and learn it. Seeing each one of them cry over a specific story or circumstance that occurred in their lives, it affected me, and it really touched me in a lot of ways, and that’s sort of the empathetic story of things as well. 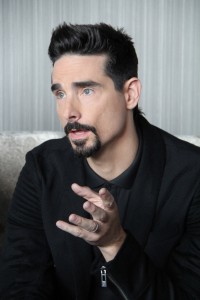 Kevin Richardson: We wanted to be honest. We wanted to be uncensored at the same time when we were telling these stories. There were a lot of things that didn’t make the film, and that was the hard part. I think the first edit was over 3 hours long, 20 plus years of stories to tell and 5 different versions of that story and then weaving it all together without leaving out important moments. So different moments are important to each one of us, so Stephen had quite a job to get it all together in a format you could watch in one sitting and still making it compelling and interesting. One of the issues that I was worried about when I do the German translation [laughs], I was taught by a girl I was dating at the time, the way I was raised in Kentucky in the South, the way my parents raised me, I don’t ever want to be vulgar, but we were telling stories that we were going through when we were young men coming up, so I don’t think you want to cross that line too much. So I don’t know if that answered your question or not. Initially when I saw it, I was like, “I don’t want my son to see this.” 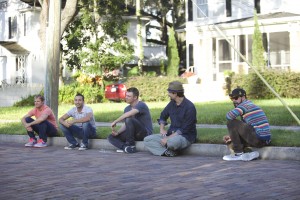 Q: There have been many boy bands after you guys, but they don’t last as long as you guys did. What would be your advice to One Direction?

AJM: They’re obviously doing quite quite well. They don’t need the advice of their seniors. I think just to stay on your own path. We definitely treaded water as much as we possibly could and we stayed true to ourselves. We stayed on our own path. We never swayed left or right. We never really went too far outside of our comfort zone because there was something that worked. There was a true Backstreet Boys sound musically, sonically, that worked. If it wasn’t this five, it wouldn’t have worked. We’re friends, we’re family. We’ve been through highs and lows together. This journey, this whole film, is a real testament to our fans and to one another. And just again to any groups that come and go or are still here, stay on your own path, get a good lawyer [laughs], and most importantly have fun and make sure that it’s all about the music first. Be really good to your fans, stop to take pictures with your fans, even if you’re not in a good mood that day. A little bit goes a long way. 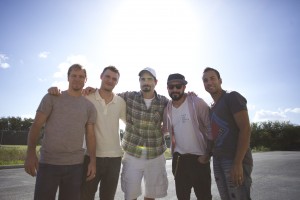 NC: It’s not advice… It’s sort of more of a warning in some ways. I like to say, make sure you guys stick together, because if you don’t, you won’t get to experience what we are experiencing right now 20 years later making a documentary, still here. If you don’t stick together and be a team and play as a team, it will all go away and you’ll be sitting back wishing you were in this position.

Backstreet Boys: Show ’Em What You’re Made Of opens in theaters and On Demand on January 30th.