“Whiplash” star Melissa Benoist talks about her relationship: “It’s pace and balance, and pace is a really difficult thing to measure in this world because everything moves quickly” 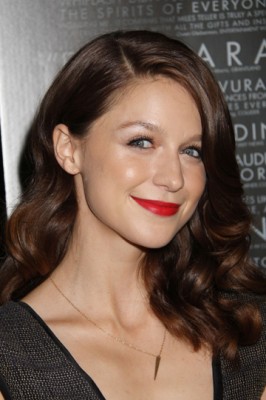 Glee star Melissa Benoist does not sing in Whiplash but she has some impressive scenes. Her character Nicole very much captured the real feeling of a relationship in her scenes with Andrew played by Miles Teller. What was her reaction to reading this script and what does she think of Andrew’s choice? 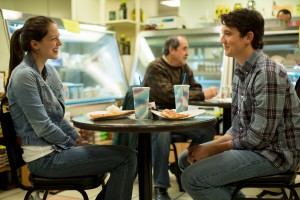 Q: What did you think of the role initially and how did you relate?

For me, the second I read the script it was a no-brainer that I wasn’t going to let myself not get the part, [laughs] just because I knew how special it was. And for me, Nicole is not necessarily that much of a departure from the things that I had experienced when I moved to New York, and didn’t know anyone, and was going to school… I knew what I wanted to do unlike her, but I really understood from the get-go just the longing for a real connection. I think she’s so attracted to the passion he feels because she’s lacking in a lot of ways. She doesn’t know where to put it — what she has inside of her — and I think that’s a really tragic thing about her, and what makes her casualty even more depressing. [Laughs] 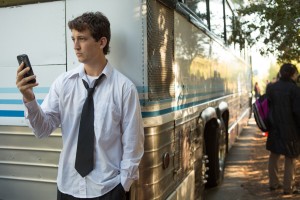 Q: And in the break-up scene, Andrew dumps her because of his dream, which happens to many couples. What do you think about his choice?

I think that’s another line that’s not necessarily blurred but that we all — in this profession — have to figure out. Because there are definitely times when work takes over without you even knowing and your brain gets in this one track, for me at least. (You) have blinders on where you’re like, “This is all I care about right now, this is all I want to think about, this is all I’m living right now.” But I don’t necessarily think that’s a way to live either. It’s pace and balance, and pace is a really difficult thing to measure in this world because everything moves quickly. I mean 18 days is a really fast, quick thing to do, but then you also have to find time for the simple things.