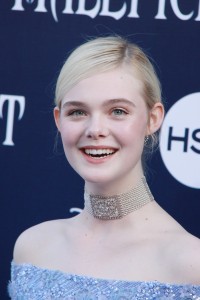 What I like about Elle Fanning is not only is she a very regular good teen but also she’s very smart. Giggling during her answers and honest responses, whenever I spoke to her, I felt like I was speaking to my niece. Elle’s new work is playing a real-life person, Niki Trumbo, in Trumbo. She is the daughter of the title character, Dalton Trumbo. His activist spirit landed him on the blacklist, and eventually in jail. Niki inherited that spirit and used it to fight racial discrimination, which we can see in the film. In the 21st century, what is Elle’s generation fighting for? And as a fashion icon, what was it like to wear this time period’s fashions? 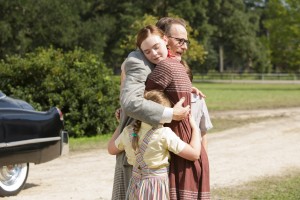 Yeah, I think so. My generation now, honestly, with transgender issues, that’s a big one, I think, specifically now my school and accepting people for being different. So I probably would have gotten involved. I’m glad that Jay (Roach, director) included that part because it made her a more complex character and obviously taking after her dad as well. She gets that fire from him, the activist side. 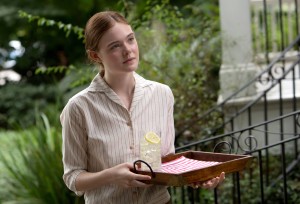 Q: What do you think about the fashion during this time period?

When I read the script the first time, I didn’t know I’d be playing so many ages. I just assumed that I would be playing just the teenage section. Then when I met with Jay, he was like, “No, you’ll be 13 to like 30 years old.” Okay. When you’re wearing those clothes and the hairstyles from the period, we had inspiration from magazines from that time. So each day, I’d come in and we’d say, “Yeah, I like this hairstyle.” And we had specific photos of Niki as well. It was exciting. When we got to age in the movie and go through so many different time periods of clothes, at least for me, ’50s to ’70s, that was exciting. I remember on that day where I had to be the oldest version of myself, I was in with Daniel (Orlandi), the costume designer, he put me into this vintage Halston dress, did my hair, and the most makeup I’ve ever had on… Every character I play, it’s always pretending and make-believe. When I was really little with my sister, we’d play around the house and create these crazy characters. Then when I realized that was a job you could do, I was really excited to do that! 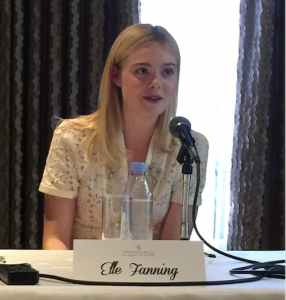 Q: When you got the script, what was your first impression?

I guess Jay had heard of me and sent me the script and wanted me to play Niki, and I met with him for breakfast at a hotel and talked about Niki. I learned more about the blacklist because I didn’t know, so I had a lot of questions. From there, I started speaking to Niki. And to be part of a cast like that… I knew that Diane Lane and Bryan Cranston would be my parents, and I was freaking out! [Giggles] So that was definitely part of the whole equation of it as well. It was very exciting, and to play a real person is always fun and a challenge.

Trumbo is currently playing in theaters.