“For Molly”: The inspired story of how one man uses film to surpass death and be a father to his child 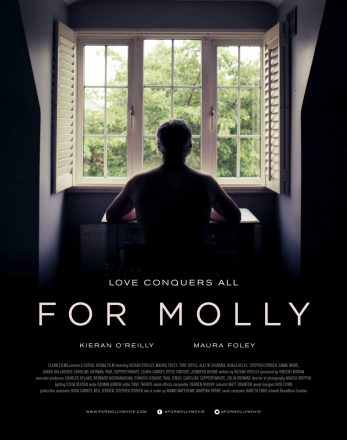 It takes courage to make a film about dying and even more to do this in 5 days on a very low budget. Yet this is precisely what director Cathal Kenna (2016’s film Coming Home) has accomplished in his latest endeavor For Molly, which was recently released in select cinemas in Ireland and through VOD .

An up-close and intense drama, For Molly documents the journey of a young Irish couple Evan (Kieran O’Reilly), and Laura (Maura Foley), who are expecting their first child, a girl named Molly. This should be the most hopeful time of their young lives, but in a searing twist of fate, Evan is fighting a sudden terminal cancer diagnosis and dealing with it head on. Laura is struggling with everything that pregnancy entails while she also has to stand by Evan, supporting and caring for him. The film takes the viewer down a dark but very real path. Dark, in that the film is about death. Real, in that given the prevalence of cancer, it could be anyone we know undergoing this struggle set to the backdrop of daily suburban life. 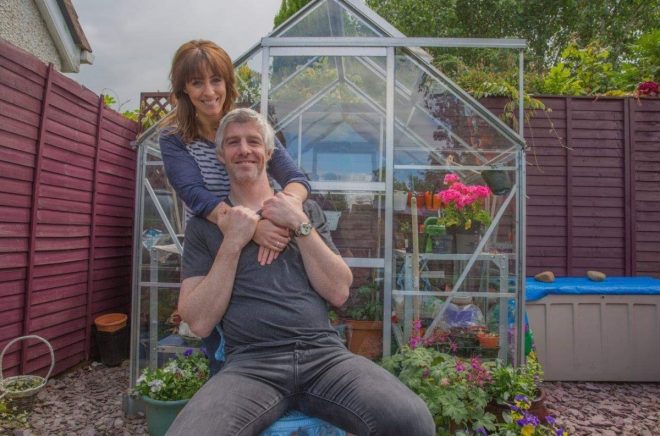 With a minimal set and main characters Evan, Laura and their unborn baby Molly, we are drawn into the daily routines of a couple in the intimacy of their home in the suburbs. We could be on a Beckett stage, due to the sparse surrounds, the few protagonists, and the concentration of plot. Spare and minimal, the versatile O’Reilly (2013 TV series Vikings, and 2010 TV series Love/Hate) has a powerful presence and his unapologetic performance has an authenticity that carries this film. 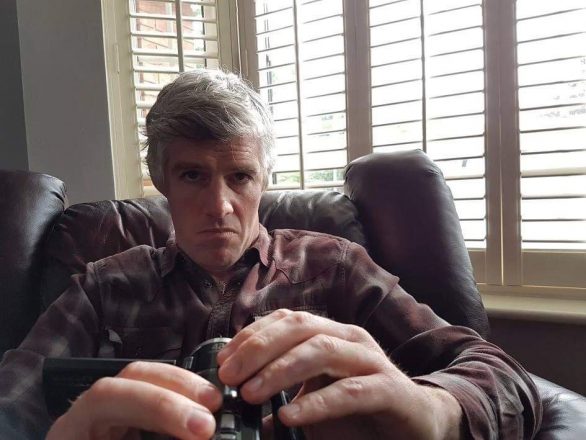 There is a compelling rawness to his portrayal of Evan. Totally immersed as Evan the Dad, he struggles with two uncharted journeys side by side: impending death, and impending life. Two lives being taken away from him: his own, and the daughter he will never know. His emotions range from deep sorrow, dark despair, intense love and tenderness for his unborn child, as well as absolute unbridled rage at the unfairness of it all. However the story is redeeming because Molly will know her Dad through the medium of film given his ability to document key moments, as well as his wishes and dreams for his little girl. Evan pours out his heart on camera to his unborn child, giving her advice about life, love, and everything in a dad’s domain. This tension between birth, death, hope, despair, passion and resignation keeps the viewer hooked. Dad fights hard, and is determined to live on as a father in spite of his fate. 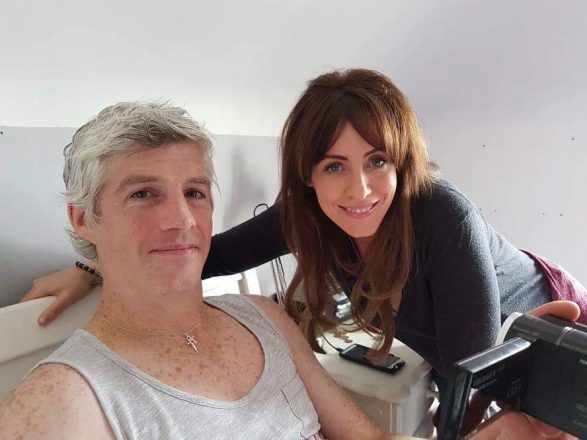 An accomplished actress, Foley (2014 film Darkness on the Edge of Town), gives an impressive and sensitive performance as Evan’s fiancée Laura. There is a subtle chemistry between the onscreen pair which adds depth to their interactions. Laura is torn between the routine demands of daily life while supporting Evan’s struggles, and dealing with her own sorrow. Her strength and hope as an expectant mother shine through and provide a good counterpoint to Evan’s intense emotions. Her nuanced body language and facial expressions convey the love and compassion she has for Evan as well as the effort it takes to keep going in spite of the path they are on. 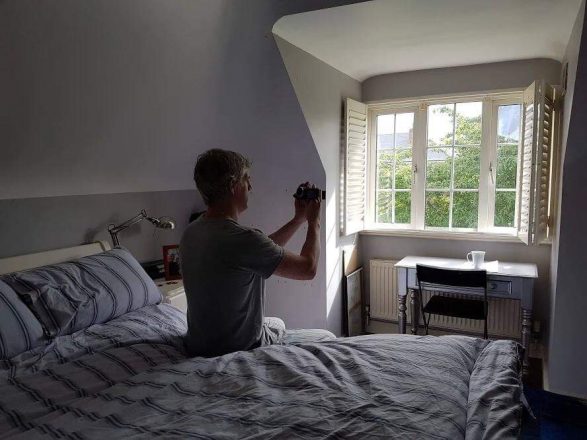 Given the backdrop and few embellishments, the film might have cost less to make, but the acting is superb. O’Reilly also gets to debut another talent as the writer of the script. In a grand gesture, some of the film’s proceeds are being donated to the Irish Cancer Society. Cathal Kenna is an intriguing director who is unafraid to take risks and explore new territories. For Molly is impressive. Filmgoers can look forward to his next venture also.

Review written by: Bernadette Fitzgibbons – Follow her on facebook@bernadette.fitzgibbons