LA Film: “The Well” review, have your water bottles ready 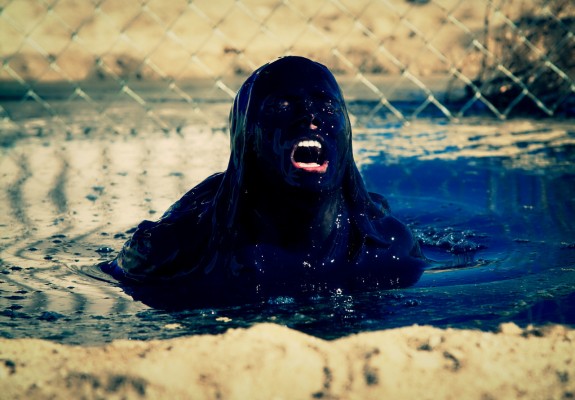 It is upsetting when you walk into a theater and then are forced to watch a film that is so overtly, so unashamed and tacky with a preachy message. These are the moments when you understand you are NOT watching joyous cinematography, but crappy propaganda. It is a credit to director Tom Hammock that his film, The Well, does not come off that way. A film about water shortage is prime to overtly spew a simplistic message of our dependency for oil or our over-usage of our water funds.

This post-apocalyptic thriller The Well takes place in the near future, in a once lush Oregonian valley which is now barren and dry. H2O is that much more precious, but as vital for survival as ever. The few people left are scraping by on drying wells, while a local water baron seeks to secure every drop of water available from the valley. The story follows Kendal, a young woman, who is fighting to keep her friends and family alive.

Screenwriter Jacob Forman calls this film “a mash up of a number of my favorite genres.” There is a samurai sword (almost Kung Fu) scene to classic Western conceits. Haley Lu Richardson plays the lead resilient young woman, Kendal. Richardson works double duty at this year’s LA Film Festival, with an outstanding performance in The Young Kieslowski, as well. The Well is carried by Richardson’s performance. The film is so dominated by her character that it lives and dies on her shoulders, and Richardson kills it (in a great way). We will certainly be hearing and seeing more from Richardson in the future.

The Well will have you appreciate the value of available drinking water, but leave you a tad bit thirsty for more.