“Mission To Lars” review: Not Your Ordinary Road Trip Movie 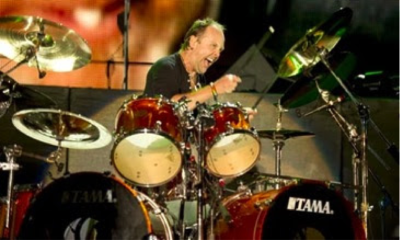 In the documentary Mission To Lars, Tom Spicer has “Fragile X syndrome,” an autism-like condition. Tom lives in a group home in the UK and his siblings Kate and William feel with their busy lives in London that they are losing connection with Tom. They get the idea for a joint adventure from Tom’s often stated desire to meet Lars Ulrich, drummer for the hugely popular heavy metal band Metallica. The band is on tour in the US and the trio travel to the Western US in an attempt to catch up with Lars. 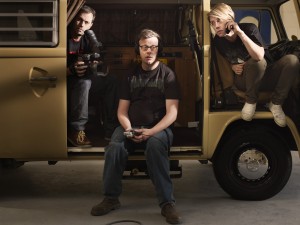 However, Tom’s condition causes him anxiety whenever familiar routine is disrupted. He is first afraid to leave on the trip and then later to attend any shows; the camera captures the hordes of metal fans shouting their support for Metallica at large venues, a big change from Tom’s quiet, ordered country life. The trio rent an RV in Los Angeles and follow the tour to several cities, trying to coax Tom further into the concert/backstage/meeting Lars escalation that he wants but also fears. The movie includes footage from the road that gives a Western travelogue aspect to the quest and the images that Tom is taking in for the first time. Metallica is open to the meeting but it is not clear until near the end of the movie whether Tom will actually go through with it. 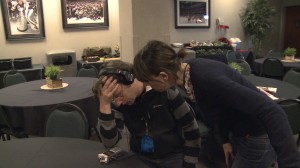 At 76 minutes the film is about the right length for its relatively narrow focus. Metallica appears primarily near the end and Fragile X syndrome is briefly discussed, but the bulk of the time is spent with the trio traveling and the effort to ease Tom into his dream request. Possible larger themes such as whether this journey did bring the siblings closer together are unexplored, but as a matter-of-fact telling of this modest tale the film satisfies.

Mission To Lars will open in select theaters and on iTunes on September 25th.