Psycho had the shower, Jaws had the ocean, and now the woods have become a nightmare from The Witch 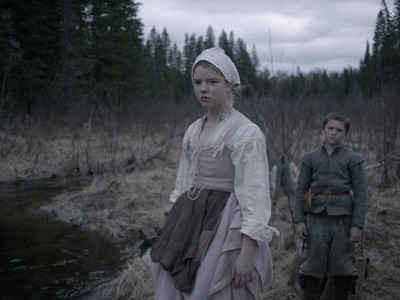 Robert Eggers debut feature film, The Witch,  is both a piece of haunting folklore and an emotionally distressing family drama. The horrific moments dispersed throughout the film are intensified by the tensions a farmer  (Ralph Ineson) and his family face in isolation. Having recently left their village–the home of the church–it seems fitting that they would be faced by the devil. The film will make your gut churn, have you jumping out of your seat, and most definitely will make you grateful you weren’t raised in 1630s Plymouth, Massachusetts. 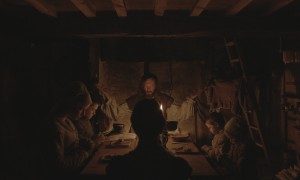 The story begins with the family’s youngest child Samuel disappearing to an unknown source in the woods while the eldest daughter Thomasin (played by Anya Taylor-Joy) was watching him. As suspicions grow that she may not only be directly responsible for the disappearance, her twin siblings Mercy (Ellie Grainger) and Jonas (Lucas Dawson) suspect Thomasin of witchcraft while others blame the misfortune on a wolf. Fearing either one may be associated with the devil, the mother (Kate Dickie) leads her family in prayer to abolish the demons amongst them.

Eggers utilizes the influence of past folk tales to reel viewers in by borrowing plot and even dialogue from classic myths. The story of The Witch becomes a modern day reinvention of the stories and fears passed down from past generations. Even more so, it acts as a precursor for the Salem Witch Trials. 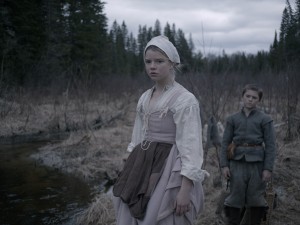 As the parents are torn between succeeding and missing their former lives, the children seem less interested in the family’s move, and are instead more focused on the perils and joys of growing up. Thomasin merely wants to get through her day of work with some ease and a little fun. Caleb (Harvey Scrimshaw) wants to help the family survive, all while caught up in his newfound and growing sexual desires. The twins played are still young enough to find the world a playground. Then, there’s the youngest who disappears from the start.

Every performance is masterfully done, whether by a seasoned actor or younger performer. Ineson and Dickie’s commitment to the role of the parents helps ground the film in its setting and ensure its authenticity. Perhaps the most fascinating performances come from Taylor-Joy and Scrimshaw. Taylor-Joy plays her character with an innocence and intensity that can be seen in both her eyes and body. Scrimshaw steals the show with his desirous looks and explosive exorcism. 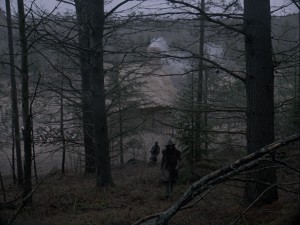 None of this would mean anything without the way Eggers and his cinematographer Jarin Blaschke capture the film’s images. Almost all the wide shots of the family members in or outside the woods are framed with lots of head room. The top three-fourths of the screen portray a dark, overarching wooded landscape above the shrunken statures of the film’s characters. It suggests that something all seeing is watching them. They are nothing but pawns within the plan of that all seeing being.

For a first feature, Eggers direction is masterful, and it’s no wonder he received the Directing Award from the Sundance Film Festival. His past credits as a production designer and costume designer shine through in this film. The art direction is so well done it seems as if Eggers is filming on a plot of land preserved from the 1600s.

Simply put, you won’t walk into the woods again without looking back.