“A Wrinkle in Time” star, Oprah Winfrey “the darkness is there to help bring out the light in all of us” 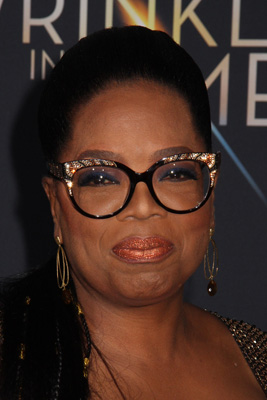 Yes, she is Oprah, she can do anything she wants. But when a trip to New Zealand results in the female icon being cast in Ava DeVernay’s new hit, A Wrinkle in Time, you know there must be a great story behind that. There is and my goodness was it unexpected.

Lady O shares her experience of working on the film and why she believes there is hope in challenging times.

Q: How did you join this project?

Ava (DuVernay, director) and I were talking on the phone when she posted pictures of scouting for New Zealand. I had been in New Zealand the year before, in Auckland and did not get to the South Island. And I had wanted to do that. And so wanted to do that. Everybody says, you didn’t get to the South Island, you haven’t really seen New Zealand. So when I heard that she was going to be filming in New Zealand, I said to Ava, I’m going. I’m just gonna go. And she goes, what do you mean, go? I go, I’m just gonna go hang out with you for however long it takes, I’m gonna block it on my schedule, I’m gonna be there, I’m gonna watch you shoot and say action. Do that, and you know, because I can. 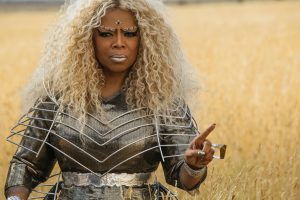 She said, well if you’re serious about that, if you’re really serious about that, you’d actually come to New Zealand? I go, for sure I’m gonna be there. And she said well, why not take a look at the script? I’ve been wanting to ask you to do this, but I didn’t want to pressure you because of our friendship. I go, okay, I’ll do it. I didn’t even know what it was. I’ll do it. And then I thought, okay, let me read the book, see what this is. So you know, it wasn’t until the very first day I was called, we were talking about this yesterday. I was called for the fitting for the costumes with Paco Delgado that I realized, whoa. This is some kind of movie. [laughs] What kind of movie is this that she had, you know, just came up out of the imagination. So it has been, the word “delight,” when you look up the word “delight,” there’s my picture. For being in this film. The whole process has just been one big delight. 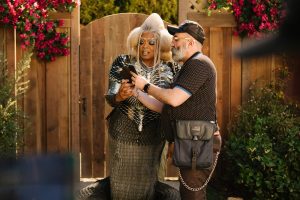 Q: You have worked with Ava several times, what’s different about this project as opposed to some of the other ones?

Well, first of all, you have Disney money. [laughs] What’s different is Selma, we’re at the end, like we’re gonna have enough money, how much do I have, let me try to help you out here. [laughs] You got the Disney machine and that’s why one of the reasons why this is so exciting, that Ava DuVernay is at the helm of that. And I’ve said this before. It makes me well inside. Fills my heart, every time I think about Ava and her dreads and her sneakers and these big cranes and all of these men running around, taking direction from her. And to see her be the master of that, to orchestrate all of that was powerful and inspiring. And it touches I think the part of us that recognizes, oh yeah, we can do that, we’ve always been able to do that, and I was just so proud to be associated with her and her ability to make this film possible. So that’s what was different. I was with her on a film where literally we had one day to shoot everybody becoming across the bridge in Selma. You got to get it before it rains, and if it rains, you’re not gonna get it. And you don’t have enough money to try it again. So, big difference. Big difference.

Q: You say in the movie that we need to restore hope. Do you think it’s possible to be hopeful in times like this?

A Wrinkle in Time is currently showing in theatres nationwide. For more info visit the film’s official Facebook page at, https://www.facebook.com/WrinkleInTimeMovie/