“Love, Simon” Star Josh Duhamel comes out as a very accepting father, on and off the screen 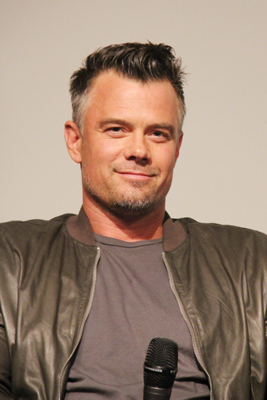 Josh Duhamel has always played the dude’s dude. Even his days of playing the leather pant wearing lothario, Leo on the daytime drama, All My Children, and in his new film,  Love, Simon, Duhamel continues his macho man path only this time he his thrown a curve ball when his only son comes out.  Duhamel shares how his character initially deals with the news and how Josh himself would approach the same situation as a new Dad.

Q: What did you have to do to prep for your characters and how did you get to your emotional depths?

Greg (Greg Berlanti, director) gives you room to play. And to find whatever it is and that’s what was really fun about a lot of stuff we did. In particular it’s the scene that I really wanted to do this movie for was the scene with Nick (Robinson, played Simon) and I. I think it was…how did it get there. I truly thought about my boy and if this were to happen. If he would have told me this. How would it have affected me? It just took me to a really emotional place. No matter what, you love your kid. No matter what. And I think that that helped me get to that spot. Nick made it very easy, he is a really talented dude and is very available. It’s not easy to do scenes like that but as long as you feel safe to go ahead and tell the truth as responsibly as you can.  That’s what you hope for. I guess that’s what helped me get there.

Q: Having said that, since you are a Dad now, how has this movie impacted, changed or reinforced your way of being if in fact that were to really happen with your son?

I guess it did make me think about how I would react and I truly just want my kid to be happy, passionate about whatever it is that he loves and if he happened that. And if he came out that he was gay, so be it. You know, if that makes him happy. I truly believe that’s what it would be and maybe it’s because I’ve waited a while before I became a parent. I’ve seen a lot. I have a lot of gay friends. So, I really don’t care. I just want everybody to live be their higher self. If that’s what it is, that’s what it is. It really doesn’t bother me.

Q: A lot of this movie deals with Simon having a secret and not knowing how to express it. Have you had any type of similar situation in your personal life? How did you get through it?

I have had family members that went through exactly what this family went through and I watched a very sort of old school dad and a great sort of exceptive mother and how they dealt with it and he just got married last year and the dad could not stop crying, he was so happy for his son. So, I think that’s a good example of. It doesn’t matter as long as your kid feels happy, passionate about something and as long as they’re a kind human being at the end of the day, who gives a shit what their sexual orientation is.