EXCLUSIVE! “Tomb Raider” Producer, Graham King shares how to produce your own success in Hollywood. 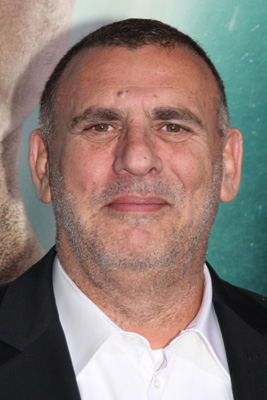 I have always been a fan of film producer, Graham King. Not just because he has produced big studio films like Tomb Raider, but because he was a major driving force to help make Angelina Jolie’s powerful indie movie, In the Land of Blood and Honey happen.

King is not your typical big time Hollywood producer. He seems to truly put his heart and soul into the projects he takes on and you leave one of his films feeling the message he wanted to share.

We sat down with Graham King  EXCLUSIVELY to find out what makes this brilliant mind tick, who he is, and how he opened the door for his Hollywood success.

Q: What is the secret to getting in and becoming a producer like yourself? How do you expand on your career? How were you able to get hired by FOX after quitting school?
A friend of mine actually. She asked me if I wanted to do a summer job at the studio. It was a full-time job through like a 10-week period and I met a lot of people while I was working there and kind of decided to put school on hold and I wanted to be in the film industry. I didn’t know what that meant, to want to be in the film industry, but I really enjoyed it. In the mid-eighties, working with the studio was like a thrill for me. Being a kid from London, to walk up Dolly Street, which was the set of Hello Dolly, was on the Fox lot of that time. To see some iconic Fox films that I followed as a kid and now I’m standing on the set where they shot and that’s how it will started and then I kind of grew from there.

Q: For young people who want to get in film industry, I always tell people you need connections. So your story is a perfect example. Your friend opened a door for you.

You need connections, but you also need the right personality and depending on how you feel about storytelling and in a world we live in today, which is, Netflix and Amazon and then theatrical films and the media has changed a lot. After Fox, I was in the international distribution business, so I went to Japan five times a year. Dealt with Shochiku and GAGA etc… I would sell them movies and that’s kind of how I grew into a business, was through distribution and marketing.

When I did Gangs of New York, I bought the international rights, sold it in every country in the world. And was really learning on every film on how to produce a film because for me it took close to 12 years before I felt comfortable producing a film before I felt like I knew, really knew what I was doing. Because a producer has to see everything. So, you’ve got to learn everything and of course I had the greatest teacher, Martin Scorsese (Director) and being lucky enough to work with him five times and learn from him and I still learn as I go. That’s part of why I love what I do. Every film has a different story to tell behind the scenes.

Q: What’s your secret to making things happen? You were young when starting your own company.

It felt so galant at the time, you know? I think anything one does in life; if you can try and control your own destiny and be your own boss. When I grew up, my mother had five or six businesses in London and was a very active business woman in a time when pre-Thatcher. So, it was a time where women were looked upon as being business women, she was a tough business woman and I had that in me. So, when I was at Fox I saw the corporate side of the film business and it was two thousand people working there and everyone was insecure of their jobs. So, no one would want to share with you. You couldn’t learn the business. You could only learn the aspect, the part of the business that you were dealing with and I wanted to learn everything. I joined a few small independent companies where you really role your sleeves up and learn how to produce movies, market movies, distribute movies, develop movies, find material. Then through meeting people and taking on different paths, I went republic of Germany when the Mark (Germany’s currency) was in the 90’s is very popular for film companies to go republic and raise money. I got a chance to work with my director that I grew up as my hero.

My biggest moment of my career was my first meeting and Martin Scorsese where I was so nervous and so intimidated and we bonded over Gangs of New York. We hit it off and we bonded it and through that, I got a relationship with DiCaprio (Leonardo DiCaprio, actor) and DiCaprio wanted to play Howard Hughes (Director & aviator), so I took on The Aviator, in fact, we were in Japan and I made DiCaprio and Scorsese sit with the Japanese distributors separately and talk to them about The Aviator and talk to him about who Howard Hughes was because nobody knew who Howard Hughes was or cared. And I need to raise money to make film. In Japan there is a big market there. Because of the relationship, they went along with that and because of Leo’s passion to play Howard Hughes we used that passion to make that film. So, every film has its story of coming together. Catherine Zeta-Jones (Actress) read a script and brought it to me for Traffic, it was a Fox movie that I ended up coming in on. Then Fox left at the last minute and I had to bring in another studio. But it’s all about, for me, telling the right story and will it connect and find an audience. Now is harder than ever, by the way. Right?

Q: The media has changed so much (i.e. different platforms). As a big-time producer, how do you see the media changing in the future? What are your goals?
For me, I’m in the theatrical film business. Making something like Tomb Raider. I go back to why I bought the rights to Tomb Raider because it had moments in the storytelling when they picked the video game. People pithed me the game that came out in 2013 I found highly emotional, had a lot of heart to it and that’s what I leaned on Tomb Raider. Then from there, try to build a film that would appeal to a theatrical audience who won gamers. If you’ve never played the game before, you could go and watch this movie and still enjoy it. Right? So, for every movie, I have all my films, Netflix, Amazon, Apple that have made me offers to do films. I still believe there’s a theatrical business out there and I still believe for producers like me, I don’t have 15 films a year. I can be very selective and I think that’s what one has to be now is so selective and then you get certain moments where films come along and they break out like The Revenant, like Dunkirk. I looked at Dunkirk and said, wow, that’s the best thing that’s happened to me in a long time. A World War II film coming out in the middle of the summer and doing huge business. There’s still a business out there. There’s still people want to go and see this story no matter what time of the year it is. So I’m still leaning on that side rather than making a film for an iPhone or laptop or something.

Q: Regarding Time’s Up movement, have you seen Hollywood change?
I grew up by my mother who I said was a business woman. I never really had that thought in my head. I’ve worked with some amazing actors, actresses, Angelina Jolie (Actress), directed a film with me. We love films. Obviously, the Tomb Raider connection with Angie. To me it’s not about that time. For me it’s about storytelling and who’s got the right story to tell, who’s the right person to direct, who’s the right person to star in, male or female. To me it’s about the characters on the paper and then building the story from that. I don’t get so much involved in the political side of Hollywood and know what’s going on now in the climate.

Q: Angie’s film, In the Land of Blood and Honey, which you produced has great message. You have produced small film has big message as well as producing this big budget film. As a producer, what is important for you?
I think for me it’s about sending a message and I go back two years ago when I made a film with HBO for If These Walls Could Talk (1996), which was about abortion with Demi Moore (Actress). It’s about sending a message, it’s about powerful storytelling, it’s about connecting with an audience. You just have to be a lot more careful now on the type of film you make because of the world we live in with Netflix and everything else. It’s not easy to find an audience for a film. I’m hoping and praying that Tomb Raider defines an audience. No one knows anymore. It is much more of a how are we going to get young kids out of their homes? Away from Netflix or away from whatever they are doing into the theater to pay attention to this film for two hours. I think the film works and if you can give them that. If you’re first act, second act, third act, has moments in them, especially in drama pictures, that they find very accessible. In the way Alicia (Vinkander, actress, played leading role in Tomb Raider) plays this. She’s so grounded and so real that you believe in her story. Then I think you will find an audience. We’re hoping anyway.

For more info visit the film’s official website at, http://www.tombraidermovie.com/