“Love, Simon” star, Jennifer Garner, “The important thing is for people to go out and see it.” 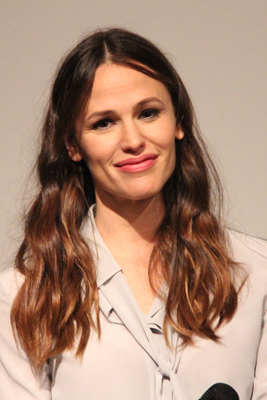 Mother of three, Jennifer Garner plays a mom who’s son comes out as gay, but that is only part of this amazing and moving film, Love, Simon. Garner shares her personal experiences of coming out, how her kids respond to the LGBT community, and what will really help get more movies like this made. 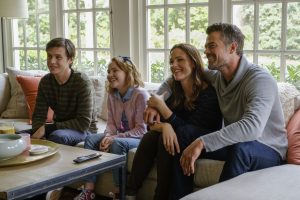 Q: Was there a particular scene that really stood out to you and made you want to play the role? What inspired you to do this film?

I thought the scene between Emily (Jennifer Garner played. Simon’s mother) and her son (Simon, played by Nick Robinson) is a template for how this kid can handle a moment like this, and selfishly I really wanted to be the one to say it. And I was talking to a friend of mine as I was trying to decide do I try to do this? Is this movie going to work? And he said, you know, this movie would have been really helpful for me when I was growing up this. This would’ve been a big deal for me. And I just said, okay! I’m in! I’m doing it. 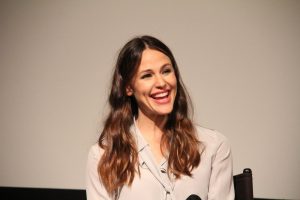 Q: You have played in high school movies or have played young people. Now you are playing the parents. Is there some special insight? What makes this different?

I don’t think I even rated a character in this movie, but I was happy. I didn’t think about the fact that…because I was in West Virginia. I don’t know, either we didn’t pay attention or I didn’t pay attention to popular clinics or anything like that. I played the saxophone and I danced every day after school and I babysat a lot and it’s OK.

Q: You are parent now. How has this movie impacted, changed or reinforced your way of being if one day one of your kids tells you that they are gay?

Our kids are growing up in such a different time where my kids are growing up saying, oh, someday when I get married, I don’t know if I’ll marry a man or a woman. That door is open in a way that it never has been. And they really do know, oh, this is so and so this is his husband and this is so and so and this is her wife. And that is completely been normalized for at least for my kids and hopefully will be for this whole next generation. So, I think it would be a conversation that if somebody would be part of. Hopefully me, but somebody in their lives would be a part of from a much earlier stage so that it wouldn’t be as involved with like the teen angst in this time. But I certainly, my kids would know that I’d be super gung-ho. 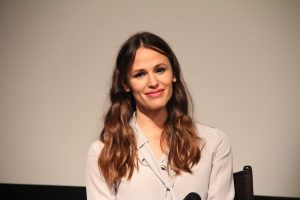 Q: what did you have to do to prep for your character and how did you get to your emotional depths?

I was thinking about so many friends of mine and thinking, oh, I wish I could go back for them and say this to them. I did have a couple of friends, especially when I was younger, who came out to me and I think please let me have a moment of wisdom when I was there for that moment, I hoped that I did. But yeah, I was just so filled with love for the whole experience of it. 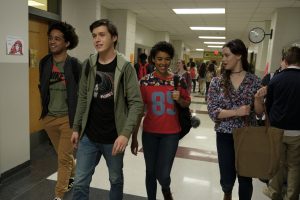 Q: Not many movies in this genre anymore. Do you have any perspective on how they were able to get this move made? This feels like a big mainstream movie.

Well, Elizabeth Gabler (President of Fox 2000) at Fox 2000 was really brave to take this movie on. It’s not the kind of thing that has been made. The power of Greg (Berlanti, director) and his success is definitely the motor behind it. But I think the important thing is for people to go out and see it or it won’t happen again. So, we can live in a world of superheroes and they’re awesome and there’s a place for it or we can support the movies that we want to see more of. I hope that this is one that people will go and sit in the theater and watch as a group and enjoy and celebrate.