Ashley Tisdale attempts to scare up some laughs in the new spoof comedy, “Scary Movie V” 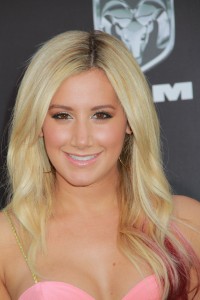 “Paranormal Activity”, “Mama”, and “Black Swan” are just some of the most recent targets getting spoofed in the fifth installment in the “Scary Movie” franchise. Starring actress Ashley Tisdale from “High School Musical”, “Scary Movie V” delivers more of what fans of the series have come to expect, tons of goofball antics lovingly mocking their favorite horror movies.  We asked Ashley if she watched all the films that were referenced to help prepare for her role.

“I definitely, with each movie that we spoofed. I’d really watch like Natalie Portman in “Black Swan”, just like on her reactions. The cool part is it all blends pretty well together. So I just felt like on how people are in “Paranormal Activity” where it’s like, “What do you hear? That’s so weird,” and how Natalie Portman was in “Black Swan”, like she always felt like something was after her. So it just kind of worked all together. But with Jessica Chastain, the wig and the whole outfit helped me get into it. I definitely became badass when I put the wig on. And I was not really nice to kids. [LAUGHS] But then I’d take it off, I was super nice. Like, I love kids. And everybody would be like, “Ashley, whenever she puts that wig on, she becomes a different person.”

When filming a comedy like this, you usually get to work with some very funny people. Ashley shares with us what it was like trying to remain cool when acting alongside so many hilarious people.

“Oh, I know, right? [LAUGHS] It’s so funny, I can’t even-whenever I think of Molly Shannon, I just laugh so hard. Yeah, it was definitely a recurring problem. I tried not to because a good actress doesn’t break character and I was trying not to break character. But she’s just so funny. I mean, she’s just hilarious to be with. And so anything that she does makes me laugh. And Katt Williams. But I think for me, if I am laughing and then sometimes they’ll just be like, “Okay, just pick it up where…” like they won’t cut, I will start laughing again and keep laughing. That was definitely the hardest part about this movie.” 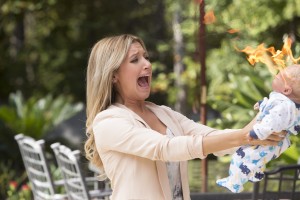 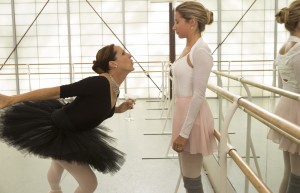