Aubrey Plaza became the cutest zombie in “Life After Beth”? 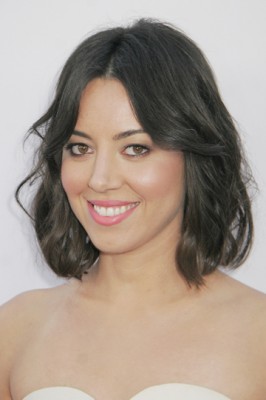 Funny and cute actress Aubrey Plaza has a very unique comedy style. In Life After Beth, she plays Beth, who dies once and comes back as a zombie. As a comedy veteran, she was pleased to act opposite her co-star, Dane DeHaan, and that he also responded to her text messages! 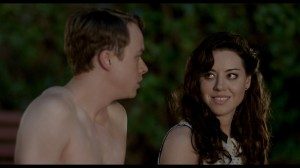 Q: You and Dane have a really great chemistry. Is it easy to stay friends after the film wraps and you probably don’t see each other for a while?

It’s easy when someone answers my text messages. Yeah, we got along. You don’t always. I feel like it’s rare and less frequent for me to make a connection with someone and then really, really remain really close. I feel like we all became very much like a little family when we were shooting. We always got each other’s back. 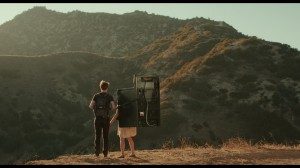 Q: What were the fun joys of working opposite Dane DeHaan?

He’s very unpredictable in a great way. He’s not doing the same thing in every take, so I always felt like we were really present and listening to each other for real. That’s hard to come by too, because a lot of times when you’re in a scene with someone, you don’t actually feel that energy from them. But he knows what he’s doing.

Q: This was Jeff Baena’s first time helming. What was the most challenging or the easiest thing about working with a first time director? 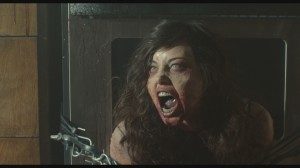 Well, I’ve worked with a lot of first time directors. I could write a book about it. I like working with first time directors, it’s really fun to be a part of them learning and going through that whole thing. But on this movie, finding ways to communicate on set about the zombie stuff was a challenge sometimes. You’re shooting out of order, so there’s always a feeling that you have to remember all of these certain things to make it track throughout the movie. I think that was the biggest challenge. I can’t speak for Jeff, but we worked together to overcome that. At every moment in the movie, we had to remember how much of a zombie am I, how sentient am I and physically, what has happened to me. There was a lot of continuity stuff that we had to keep in mind and that’s overwhelming for a first time director.

It is currently available on DIRECTV too.