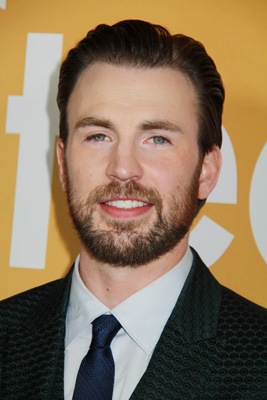 Yes it’s true, Avengers: Endgame will be the last time we see Chris Evans play Captain America. We chat with America’s favorite Captain on what it has been like playing a super hero as well as why he ditched Paul Rudd’s (Ant-Man) birthday! 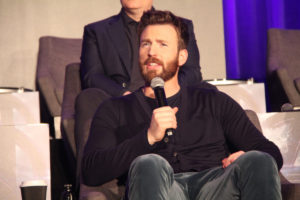 Q: Captain America is a classic hero with an unshakeable moral code. And you have perfected your portrayal of him plus shown us even more of what makes him tick. What has it meant to you to play him and what do you like best about Captain America in this film?

I can’t really talk about that. Well, I guess I can give broad strokes. I think just the completion of the arc. That’s safe to say, right? This movie does kind of provide kind of an ending to a lot of the…  He’s been through so much. And specifically with… There’s been so many wonderful elements of working on this movie. Just truly, not to seem like a safe answer or something, but really honestly, the friendships and connections I’ve made over these ten years now, it truly has become a family. And playing a character… 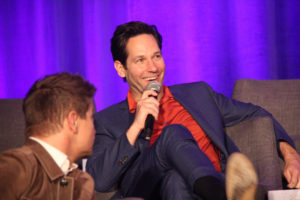 Robert Downey Jr. jumped in this conversation:  But you couldn’t make it to Paul Rudd’s birthday last night?

Well, okay. Yeah. I didn’t make it. I was exhausted. It was a long day yesterday. I’m sorry, Paul.

Paul Rudd also jumped in: It’s all right. I’m one of the newer guys.

Robert Downey Jr.:  Yeah. I did. Because I said I would. You at least texted and said sorry, I can’t make it. Which is better than…

At least I texted. 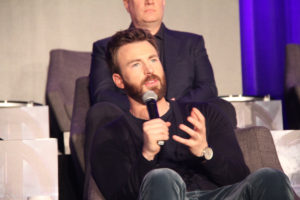 Q: How do you build a super hero team in real life that serves a greater good?

I guess it depends on what greater good you’re trying to accomplish. I suppose you want people who are well versed in that area. I guess I’m not quite sure in what capacity you’re talking about.

Q:  It could be community.

I suppose you try and galvanize like minded thinkers and have a common goal. These are real platitudes. I don’t know if this is… 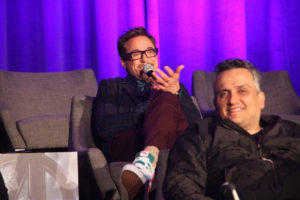 Robert Downey Jr.:  You’ve been spending a bunch of time in Washington lately, Evans. And I think it suits you well. What are you up to, there? You f_ _ _ing heard me. It’s a perfect question. Because you’re actually, you are definitely moving in a direction of…

Robert Downer Jr.:  It was the perfect question.

Q: All this from the guy who said he punches kids.

Well, kids are the problem. Let’s be real. Some kids, they’ve got to get punched. 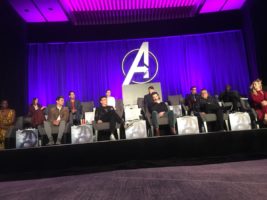 Q: So in the past few films, like Captain America: Civil War and Avengers: Infinity War and now Avengers: Endgame, you see your character being able to interact with different characters. And because you’re Captain America, you always have this tendency to be a leader and be a captain. How does that change or maintain continuity as you meet other characters like Captain Marvel or Black Panther who are both leaders in their own way?

Sure. I think he tends to lean on those people who are of like mind and nature, who kind of are intrinsically selfless. I mean, all the heroes up here have their baked in the cake flaws. And I think a lot of that makes for really good conflict in storytelling. That’s why my favorite stuff in this arc has been my stuff with Downey (Robert Downey Jr., Played Iron Man). Because we are such a dichotomy between how we approach things. But at the end of the day, our hearts are both in the right places. But it provides a lot of great friction. But introducing characters like Captain Marvel and like Black Panther, people who also kind of align very similarly to Cap’s nature. I think it creates a nice, it reinforces Cap’s sense of purpose and home. It’s an environment that it feels more natural for him. So I think it’s nice to see the certain pockets where he feels at peace and the certain pockets where he feels his buttons might be getting pushed.