“Blade Runner 2049” star, Ryan Gosling running with a legacy and loving every minute of it. 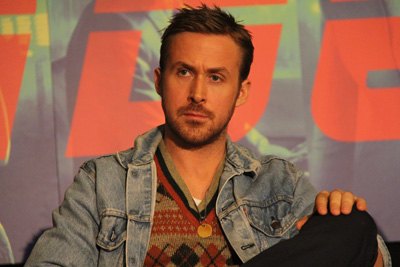 He can sing, he can dance, and he can step into iconic film stories from 35 years ago and ignite the screen. There seems to be nothing actor Ryan Gosling can’t do as he partners up with Hollywood vet, Harrison Ford in Blade Runner 2049. We chat with Gosling on what he thought of the original Blade Runner and what it was like working with Ford. 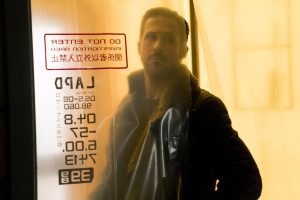 Q: You’ve never done a film like this before. What would you say the role of K allowed you to experience,   besides getting punched in the face a lot.

Ahm well it seems that Harrison had so much fun in the original. Seems like a great time to be had. It’s a very unique opportunity. It’s such a wildly unique film. When I first saw it I was twelve and it had been out for 10 years. I thought I was just watching a science fiction movie but what I experienced was something very different. And what’s interesting about the film is not just the experience of watching it but how it stays with you. I wasn’t asking myself at 12 what it meant to be a human being. 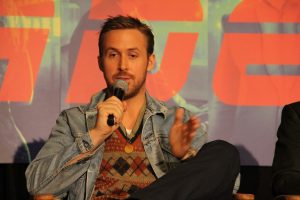 But I was after it or maybe not consciously but subconsciously those seeds were planted and I realized how much influence it had in the culture I grew up in. And so, you know, then to read a script that had such, you know, it was a love letter in certain ways to the original but was also very much its own thing. It was the respectfully carrying out the narratives and themes of the original but at the same time introducing its own conceptual ideas that still was massive and scaled but at the same time intimate, personal, emotional. This is an experience that is unique to Blade Runner and a wonderful opportunity for me to be a part of something very unique. 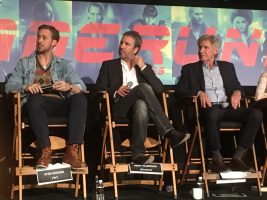 Q: What was it like the first day Harrison Ford arrived to film his first scenes with you?

He arrived in a very cinematic way. We heard Harrison had landed. We heard Harrison was coming to set. We heard Harrison had arrived. It was very darkly lit. You could only distinguished people by their silhouette. Suddenly this very distinctive silhouette appears. He stepped into the light and he looks at me, a lot like that. [Pointed Harrison Ford who sat same stage and laughs] You know I’m like I was an 8-year-old kid that just broke his window –[laughs]. And then immediately put as it is, because he is the best collaborator you could ever asked for. And brings with him the experience and the intent of making something great. And we all felt that. And felt like we could really begin to do that. 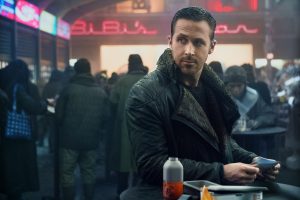 Q: When you take on a project that has a big legacy with it like this one, what are the priorities that you established for yourself to make sure the legacy is protected?

Well, first of all, yeah just piggyback on that Harrison, Ridley (Scott, original film’s director), Hampton (Fancher, writer for original and this film). All agreed and decided that this was the time to make the film. That this was story to tell. This was the way that those narrative would have evolved, that the world would have evolved. So, who might argue, with that. 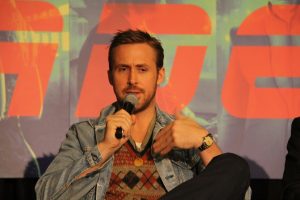 But the question I asked myself I think after that is when you read the screenplays there are story to be told here. Is this a, does it stand on its own? Is there, something useful in here, and worse all this effort. And, there was no doubt in my mind after reading it that those thing were true. And then, you got your Denis Villeneuve (director), your Roger Deakins (director of photography). You know, these incredible casts, the incredible craftsmen that went, you know, in Budapest that were building these environments. It just, it just kept expanding. And, you know, so many great storytellers manning the helm. Story was paramount on set. It was the, every, all, all of these aesthetic choices came from story and character. And it just, install a great amount of confidence in me. And I felt very you know, challenged by it but excited by the opportunity.